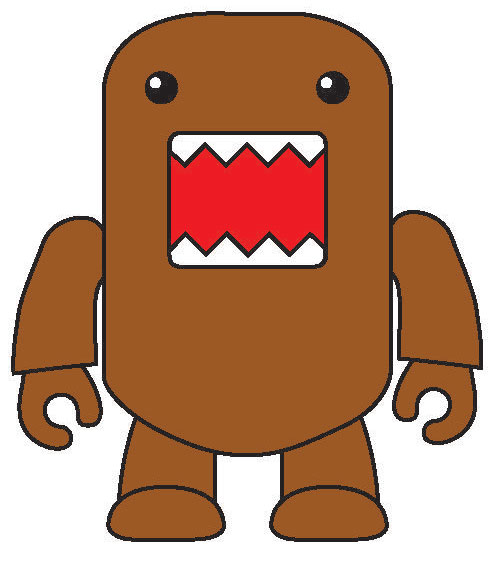 Domo, the NHK mascot, is getting the blind box treatment as part of Toy2R Qee program.Â  The announcement was made by Dark Horse at the 2009 Toy Fair in New York City.

Packaging is “blind box,” in which individual figures are packed in small boxes; the only way to know which particular figure is inside a particular box is to purchase and open the box. In the Domo blind box assortment, figures are sold in counter displays of 15, and each display box of 15 figures is further packed into a master carton of four cases.

In addition, each individual figure contains a component of a special â€œBuild-A-Domoâ€ transparent figure. By assembling six of these components, a new variant figure is created by the consumer. Each counter display contains enough pieces for two of these; each master carton yields ten of this special item when all the pieces are assembled.

The Build-A-Domo transparent figure is probably the most interesting of the lot — I wonder how you’ll know you have it sitting on your shelf? 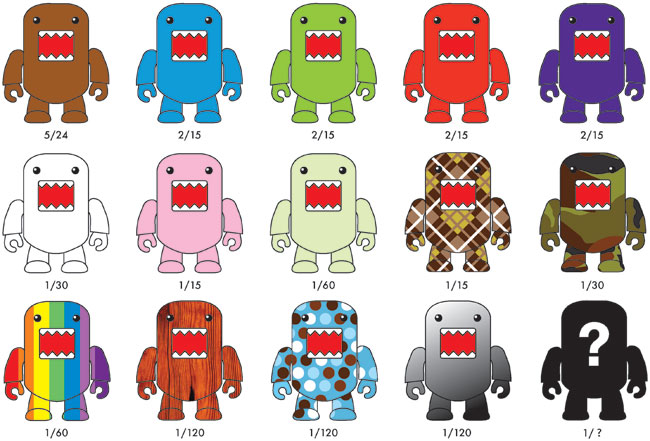