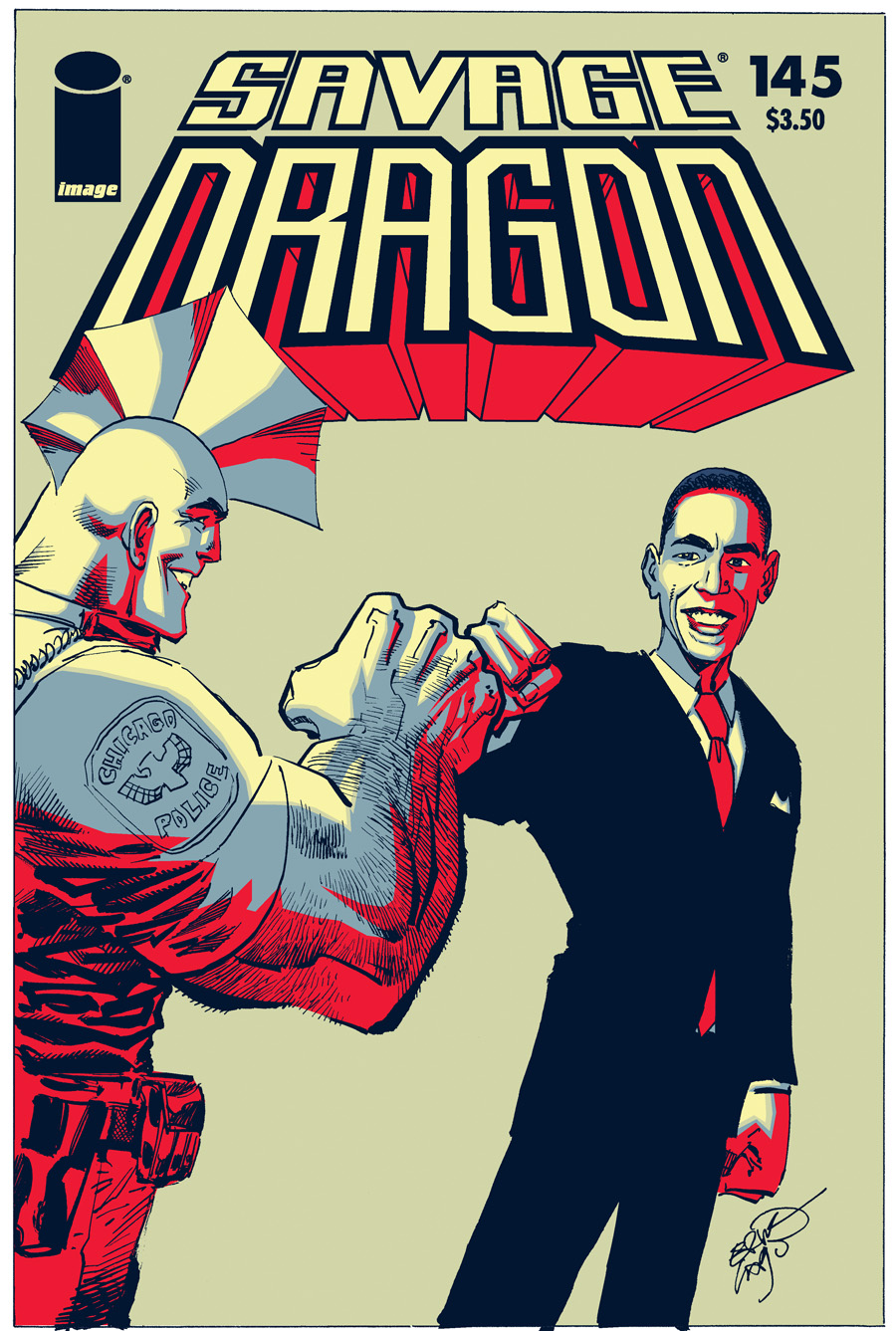 President Obama is making another appearance in Image Comics’ Savage Dragon #145.Â  In anticipation of the Obama-Nation queing to wait to get their hands on the issue, Image Comics is assuring readers that there will be plenty of copies available for fans.

“A lot of people have been milking the reprint game for all it’s worth by keeping their print runs tight in order to guarantee a sellout and I’d rather not engage in such tomfoolery. I want people read my comic instead of chasing after elusive back issues on eBay,” Erik Larsen said. “While we’ve gone through multiple printings on SAVAGE DRAGON #137, which featured the first cover appearance of Barack Obama back when he was a candidate, we’ve now printed more than double our expectations for sell through in order to ensure there are plenty of copies to go around. This relaunch has been years in the making and it’d be a darned shame if anyone was unable to try out the series. New fans, lapsed fans and everyone in-between can pick this issue up to jump on board the series. With an appearance by President Barack Obama â€“ it’s the patriotic thing to do!”

Pretty sharp words from series creator who hasn’t been shy about pointing the finger at Marvel, claiming it stole his idea.