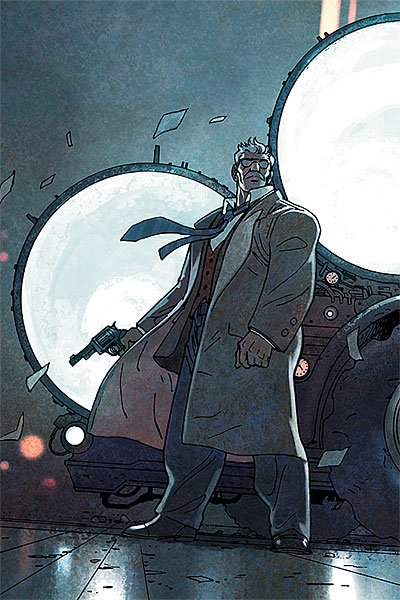 In this pivotal one-shot, Batman is gone, and Gotham City continues to fall apart. But a few extraordinary “ordinary” people try to mend the city’s wounds, looking into a dark night for answers.

A cop looking to save Gotham from its own madness. A reporter looking to reclaim her career by revealing that it’s no coincidence the city’s top billionaire and its urban legend are missing at the same time. A doctor seeking to regain her soul by stepping back into Hell. One hero who can’t quite get it right no matter how hard she tries. Harvey Bullock. Vicki Vale. Dr. Leslie Thompkins. Stephanie Brown. What do all these people have in common? This one-shot special explores the effect a missing Batman has on the citizens of Gotham City.