On The Next Major Spoilers Podcast: Sinfest

By Stephen Schleicher on February 9, 2009 3 Comments 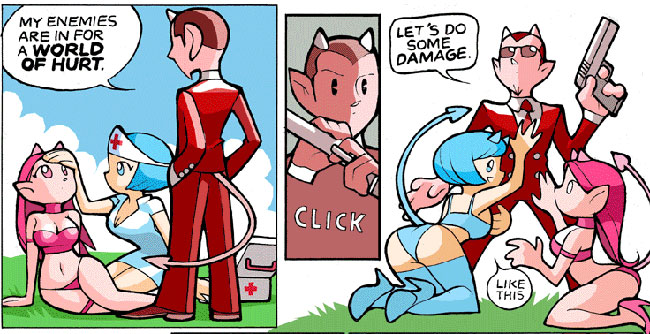 The Major Spoilers Podcast is nothing without comments from great readers and listeners like you.Â  You can use the comment section below, drop us a voice mail by calling (785) 727-1939, or record your comments and send it as an MP3 file in an email to podcast@majorspoilers.com.

We really want to include a lot of voice mails in our episodes.Â  Here’s your chance to be heard on the show!Â  Give us a shout out about Sinfest, the New York Comic Con, or anything else that might be on your mind.Â  Only the most awesome comments (good or bad) make it on the show, so get your stuff to us right away!