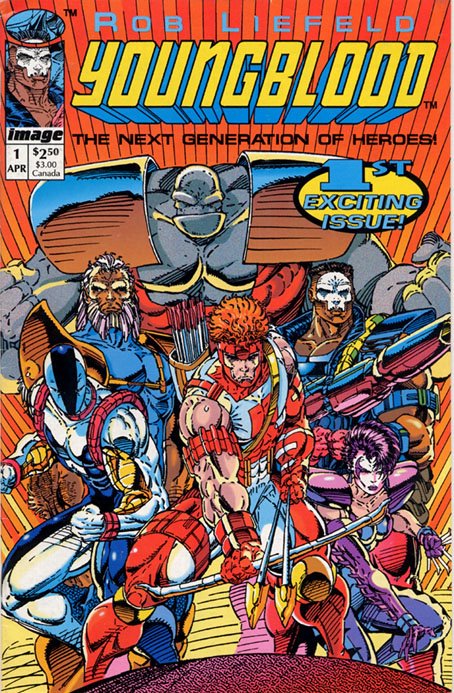 Wow.Â  Never thought I’d see the day where I’d be writing that headline, but it appears to be true as Variety is reporting Brett Ratner and Reliance big Entertainment joining to turn Rob Liefeld’s Youngblood series into a motion picture.

Most of the great graphic novels are gone, and â€˜Youngbloodâ€™ is one of the few comicbooks left with tentpole potential,â€ Ratner told Daily Variety. â€œIt was a real personal passion project for me, and a lot of people wanted (â€˜Youngbloodâ€™), but the amazing thing about the guys at Reliance is the speed with which theyâ€™re able to move.â€

Really?Â  The great graphic novels are gone, and Youngblood is the only thing left?Â  Wow.Â  H’Wood must have really pillaged the comic industry over the last year.Â  I really need to get my Zombie/Kung-Fu/Western out the door so I can make a billion bucks.