Top Cow Productions, Inc. announced today that their flagship new title, Berserker, produced by “Heroes” star Milo Ventimiglia and his DiVide Pictures partner, Russ Cundiff, will begin in Berserker #0, in stores on February 11th.Â  The issue contains an exclusive 8-page origin story that will not be reprinted until the release of the trade paperback.Â  Additionally, within the pages of this special issue, readers will also find an exclusive interview with the talents behind Berserker, and a glimpse into the wide array of new projects coming from Top Cow this year.

Fans and retailers should also note that Top Cow has decided to re-title the Top Cow Spring 2009 Preview Book as Berserker #0, due to the increased focus on this new series.
“Berserker is the book we’ve wanted to make since we first heard the idea,” exclaimed producer Ventimiglia,Â  “Rick Loverd’s words with Jeremy Haun’s artâ€¦ it’s just ridiculous how excited I am about this book.”
Previously announced screenwriter and creator Rick Loverd (Boston Public, Friday Night Lights) will be joined by series artist Jeremy Haun (Chuck, Pilot Season: Alibi) to bring you one of the most innovative and brutal stories since Wanted.

“Top Cow, Milo Ventimiglia, and Russ Cundiff are incredibly supportive and engaged producers who are committed to making great comics,” added writer Loverd, “It’s also thrilling to have Jeremy Haun providing our art, a guy who not only draws brilliantly, but who also comes to the table with great ideas and likes to contribute at every level.”
The “Rage Edition” of Berserker #0 will be exclusively available at this year’s New York Comic-Con at the Top Cow booth (#1407). 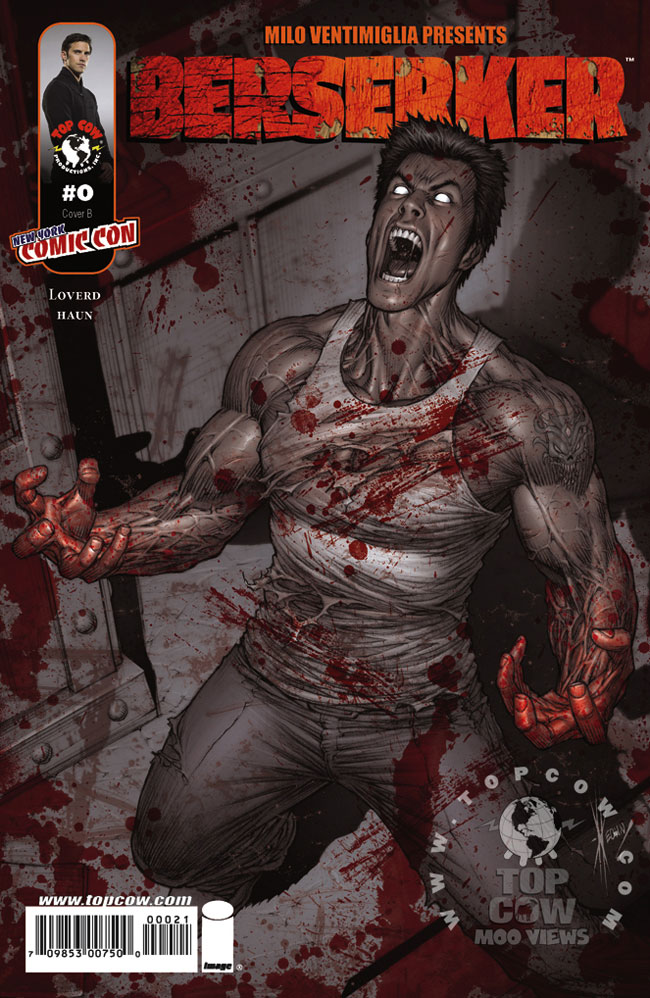