NYCC’09: What’s Next for Mark Waid

By Stephen Schleicher on February 3, 2009 0 Comments 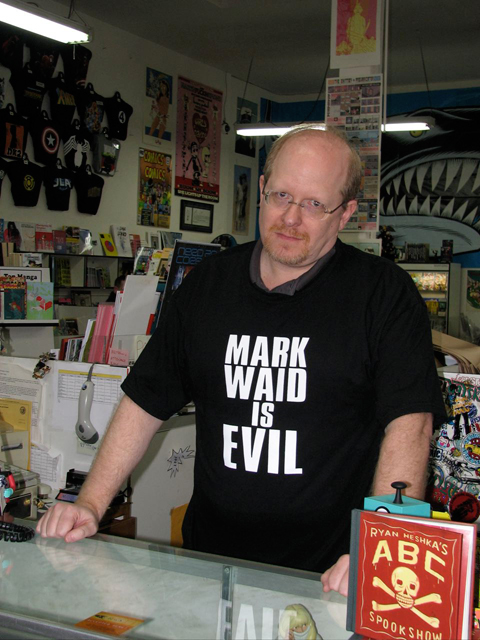 Boom! Studios has previously announced Mark Waid is Evil, then Mark Waid is Irredeemable, now the company is set to announce what is next for Mark Waid at the New York Comic Con ’09 this weekend. Boom! has sent Major Spoilers its signing and panel schedule, that you can check out after the jump.

Please check the BOOM! Studios booth #1313 for signing times for the following guests:

WHEN: February 6th, Friday, 2008 at 2:15pm-3:15pm
WHERE: ROOM: 1 (1A06)
DESCRIPTION: BIG! BOLD! BOOM! Join Ross Richie and Chip Mosher as they run down the most exciting new projects at BOOM! Including a special announcement by Mark Waid that is sure to make your head explode!