I Love It When A Plan Comes Together? A-Team Gets Film Treatment 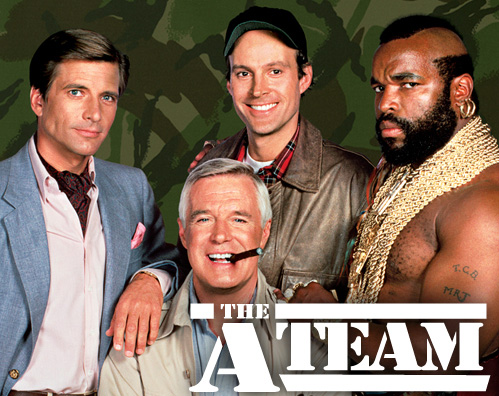 H’wood is once again throwing originality out the window and diving into your childhood to bring the A-Team television show to the big screen.Â  Ridley Scott, Jules Daly, and Stephen J. Cannell are all on board to produce the film with Joe Carnahan set to direct.

Carnahan and the Scott brothers say they will use the original premise of the series as the template for an action film. In the original, four Vietnam vets convicted of armed robbery escape from military prison and became do-gooder mercenaries.

The Middle East will replace Vietnam as the place the four did their tour of duty, but Carnahan said the origin story is the jumping-off point.

“This was a coveted property, and reimagining a show that I remembered as a kid was tough to turn down,” Carnahan said. “Fox hired me to make it as emotional, real and accessible as possible without cheesing it up.”

How ’bout this smarty pants – if it was a beloved childhood television show, why not turn on TVLand and watch it there instead of raping our memories?Â  As B.A. Baracus would say, “I pitty the fool that can’t be original”.