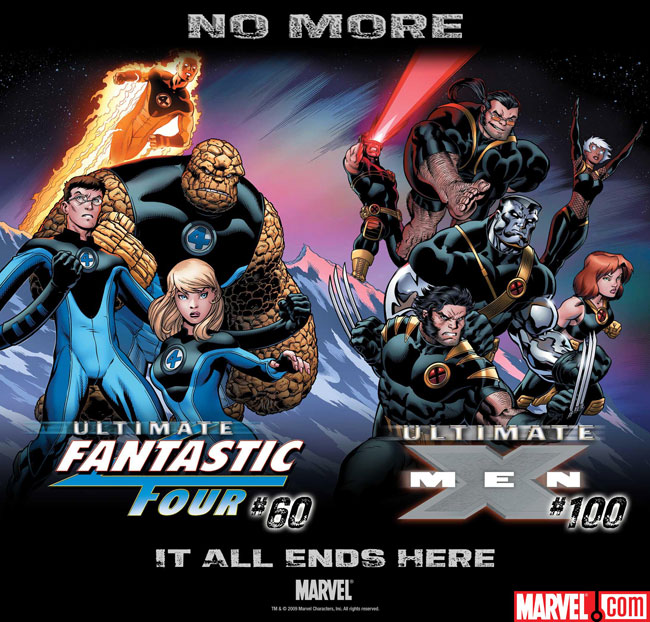 February 18, 2009 will wrap up the Ultimate X-Men series with issue #100.Â  The same day sees the end of Ultimate Fantastic Four which had a mildly interesting 60-issue run.Â  The end of the series ties directly into Ultimatum from Marvel, which seems to be hell-bent on destroying the Ultimate Universe that spawned the whole Marvel Zomibe craze.Â  I’ve done a little digging, but after the last round of solicitations from Marvel, I’m more convinced all of Ultimate U is ending when Ultimate Spider-Man reaches issue #133.