Or – “Like The Winter Soldier Himself, An Issue Lost In Time…” 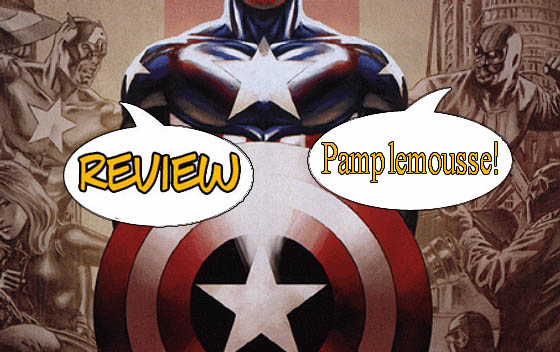 Or at least the wilds next to my nightstand.Â  For those of you who pay attention, you might possibly have noticed a dearth of material from me of late.Â  Indeed, I’ve been producing a virtual plethora of dearth.Â  Just after Thanksgiving, during the preparation for the Saturn Girl Hero History, my valiant Vaio laptop stopped speaking to my scanner.Â  Repairs were initiated, but once that was complete, the scanner suddenly burned out.Â  I have been limping by with a trick or two (points for anyone who can identify what they are) until the MONITOR on my laptop kakked out right before Christmas.Â  Last week, with Holiday fundage in hand, I went to the electronics shop to purchase a new scanner and get back on track.Â  During the upload process, my system indicated that it had to reboot, and that a deep defrag was necessary.Â  After the defrag, the system refused to boot up at all…Â  Long story short?Â  I now have a laptop computer hooked up to a giant monitor, with a scanner that may not work, desperately transferring files to a remote hard drive in preparations for a complete system restore.Â  More updates as events warrant.

Previously, on Captain America:Â  James Buchanan Barnes knew that the job of Captain America was dangerous when he took it, but like Superchicken’s partner Fred, didn’t really realize the depth of the lunacy he was going to encounter.Â  A routine smash-and-grab got his attention, but during the encounter, he was not only identified as Captain America, not only beaten senseless by Batroc The Leaper, but Batroc recognized him as The Winter Soldier, former secret weapon assassin of the Communists regime.Â  Cap still isn’t sure what it is that Batroc boosted, or how and why it ties into a young Chinese scientist that he alternately saved from certain death (as Bucky) and nearly turned into a fine red mist (as the Winter Sojer.)Â  Additional questions:Â  Who is the faceless man who keeps popping up throughout his various superhuman careers?Â  What exactly is Doctor Zhang Chin up to?Â  What is it that Batroc was hired to hork?Â  And…Â  What about Naomi?Â  All this and more in the latest episode of “As The Stomach Turns…”

This issue does the Time Warp pretty regularly, by the way, so be ready for that sudden jump to the left.Â  We start out in 1968, as The Man With No Face and the Winter Soldier crack skulls in the lab of Doctor Zhang (I’m going to presume he’s using the last name first protocol…Â  Or is that solely a Japanese custom?Â  Bygones…) as No Face reveals his true nature:Â  He is the product of China’s own War-era super-soldier program.Â  He and Winter Bucky do the fighty fighty, and we then step to the riiiiiiiight, back to the present day, as Bucky pulls his knees in tight against the same foe, 40 years along.Â  Last issue’s Batroc-led attack on a SHIELD convoy has brought No Face back into the world.Â  The two old foes cavort for a bit (with a cool scene as MwNF lets the legendary shield of Captain America pass right through him) before Batroc blows open the SHIELD transport, stunning Cap in the process.Â  Not far away, at the UN Building, Natasha Romanova, the Black Widow, sneaks past guards on an unknown mission…

Captain America finds himself on the wrong end of No Face’s super-powers, as the Chinese metahuman holds him up by the throat and taunts, “Where is the killer instinct?Â  It has to be in there somewhere…”Â  He prepares to phase his hand into Cap’s heart when a sudden energy surge throws him back, an electrical charge from Cap’s mechanical left arm.Â  Putting his hands on his hips, Barnes remembers his first encounter with No Face, where he did much the same thing with an unearthed power cable.Â  Winter Soldier had run from that previous encounter, but Doc Zhang was more concerned about WHERE he ran than the fact that he was getting away.Â  Curiouser and curiouser.Â  In the future which is our present (but also three weeks in the past) the Widow finds the information that she needs in the UN files, while Cap gets attacked by a hidden gunship, the better for Batroc Ze Leapair to make his exit.Â  Batroc and No Face double-team the Star-Spangled Avenger, and are seconds from taking both him AND their quarry into custody when the Wido arrives.Â  A well-place pair of Widow’s bites disrupt the Man What Ain’t Got Nuttin’ Onna Front Uvvis Head, but the villains escape with their ill-gotten booty: the body of Jim Hammond, the original Human Torch.Â  Cap is horrified that the government would be so callous with the body of his old pal, and when they compare notes, he realizes that his mission has only just started.Â  With a pelvic thrust that nearly drive him insane (not like that, ya pervs) he remembers the lab of Dr. Zhang, and the human experiments, the mutated monsters he saw there, but knows that he can’t tell ‘Tasha.Â  “She’s know it was much worse than that…Â  And the spy that’s still inside her would never let me go,” he thinks, as he prepares to go after his lost comrade.

This issue has a lot going for it, but one thing really irritated the hell out of me when I was done.Â  The title page identified this as “Part 3 of 3.”Â  The last page ends with “To Be Continued.”Â  Seriously?Â  I don’t mind longer arcs, or even interrelated arcs like this, but the ending of this issue isn’t really an ending at all.Â  When they gave us Part 1 of 3 a couple months ago, I was stoked to have a short arc to follow up the 16 issue “Death of Captain America” storyline.Â  This is pure bait-and-switch, and it’s really annoying to boot.Â  Still, though, the quality of the issue isn’t bad, with penciller Luke Ross growing on me, especially in any scene involving Batroc.Â  The Man With No Face seems to be kind of a one-trick pony (grab the throat, phase through the heart, lather, rinse, repeat) but it’s interesting to see them growing a Rogue’s Gallery all James’ own, and the interplay between Captain and Widow keeps its bite (pun probably intended.)Â  Overall, though, this issue comes off as the middle of a six issue arc, with more questions raised than answered, and my irritation at having it advertised as anything else hurts the overall score of the issue.Â  Captain America #45 earns 3 out of 5 stars, and some mixed feelings all around from me.Â  Writing for the trade is a reality of the current comics business, and one that we’re going to have to accept, but this time around, Marvel didn’t do themselves any favors at all…