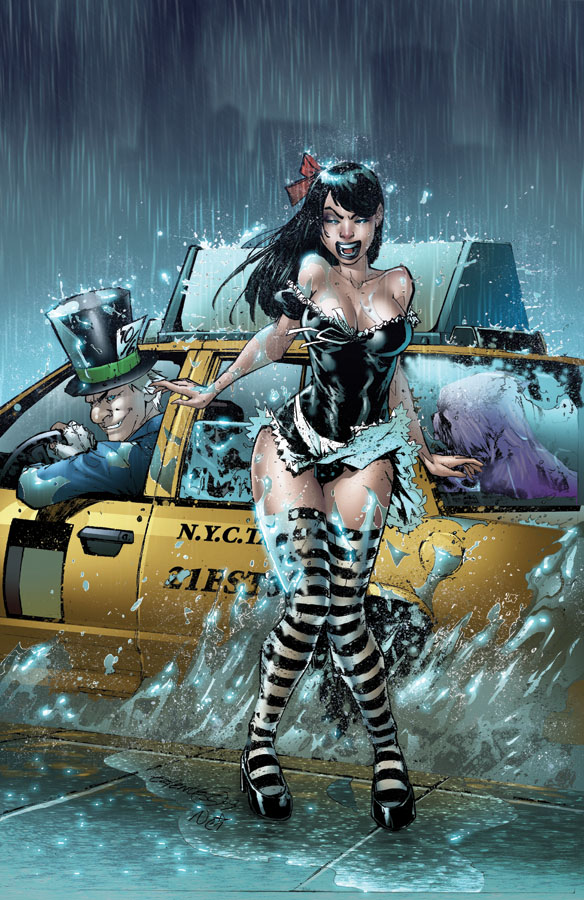 Want to win a trip to the San Diego Comic Con?Â  Zenescope Entertainment is kicking off its Be a Zenescope Girl and Win contest at the New York Comic Con.Â  The company also has several panels and special variant cover editions being released at the show too.

Complete rundown after the jump.

New York Comic Con is coming up fast make sure you join Zenescope Entertainment at booth #1421 for one of the year’s BEST Comic Conventions! Here’s what Zenescope has planned:

Be a Zenescope Girl & WIN A TRIP to San Diego!
Ladies, stop by Zenescope’s booth #1421 to have your photo taken and you will be entered into the ZENESCOPE GIRL of the month contest. One winner will be selected each month throughout 2009 and will receive a $100 gift certificate to comic-central.com as well as a Zenescope gift pack which includes free books, t-shirts and other Zenescope products.
Oh, but there’s more! One GRAND PRIZE winner will be chosen at the end of the year by our online voters and will be selected to win a trip for two to 2010 COMIC CON INTERNATIONAL in San Diego OR a cash equivalent that can total up to $1500!

How to enter:
Just dress as your favorite Fairy Tale or Zenescope character or simply come to the booth as you are and get your photo taken by our in-booth photographer.

Stop by Booth #1421 during the following times to have your photo taken: 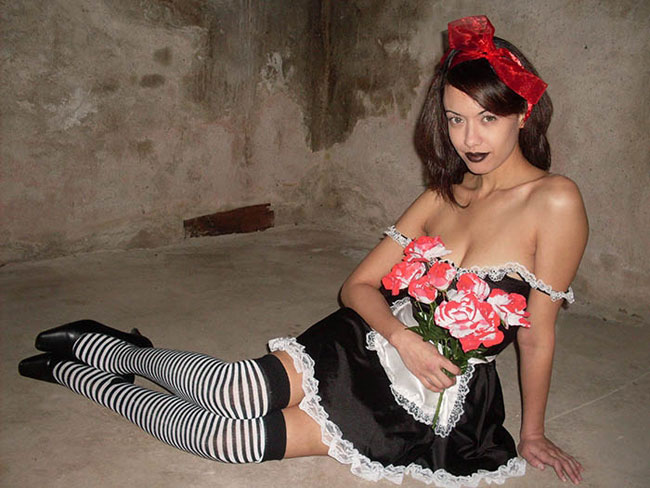 Wonderland: The Director’s Cut
Friday Feb. 6th
3:15 – 4:15pm Room 1A23
Join Raven Gregory, Daniel Leister, Nei Ruffino, Ralph Tedesco, and Joe Brusha as they walk you step-by-step through the creation of their insanely popular independent comic Return To Wonderland and sequel Beyond Wonderland. From story to script to pencils to colors, the team will take you inside the production of the creation of their cult hit. They’ll also be raffling off some very cool prizes to boot.
Prizes include T-shirts, Custom Skins, Comic Books and Limited Edition Prints

The Grimm Side of Success
Saturday Feb. 7th
5:15 – 6:15pm Room 1A23
Zenescope Entertainment’s Grimm Fairy Tales is one of the longest running independent comic books being published today. Created in 2005 by Joe Brusha and Ralph Tedesco, it quickly captured the imagination of thousands and found a loyal audience. Now almost three and a half years and 36 issues later, the creators will share the history of the comic and of the company that surprised everyone. Join Joe, Ralph, Raven Gregory, David Seidman, and others as they walk you through the creation of their hit series and how they then launched into developing and creating other titles such as Return to Wonderland and 1001 Arabian Nights. DVDs, T-Shirts, exclusive comics, and graphic novels will be raffled off immediately following the panel!
Prizes include T-shirts, Custom Skins, Comic Books and Limited Edition Prints

* SIGNING TIMES TO BE ANNOUNCED