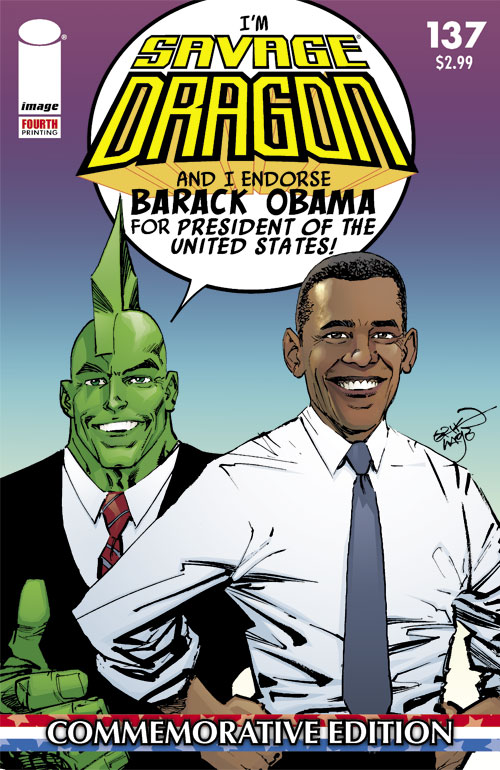 Image Comics has announced the fourth and final printing of Savage Dragon #137 is headed back to press.Â  The issue features Savage Dragon endorsing the then candidate for President.

“While we sold out some time ago, we’ve been receiving an awful lot of letters from fans and retailers alike demanding another printing,” Erik Larsen said. “This fourth – and definitely final, I might add – printing commemorates the very first timeÂ  a superhero has openly nominated a real-life candidate for Presidential office. It’s been flattering to receive such attention and I hope everyone who’s bought a copy sticks around for the rest of the series, especially #145’s relaunch!”

The reprint arrives the same day as Savage Dragon #145, that features Savage Dragon returning to the Chicago Police force and gettingÂ  a first day back on the job pep talk from the President.