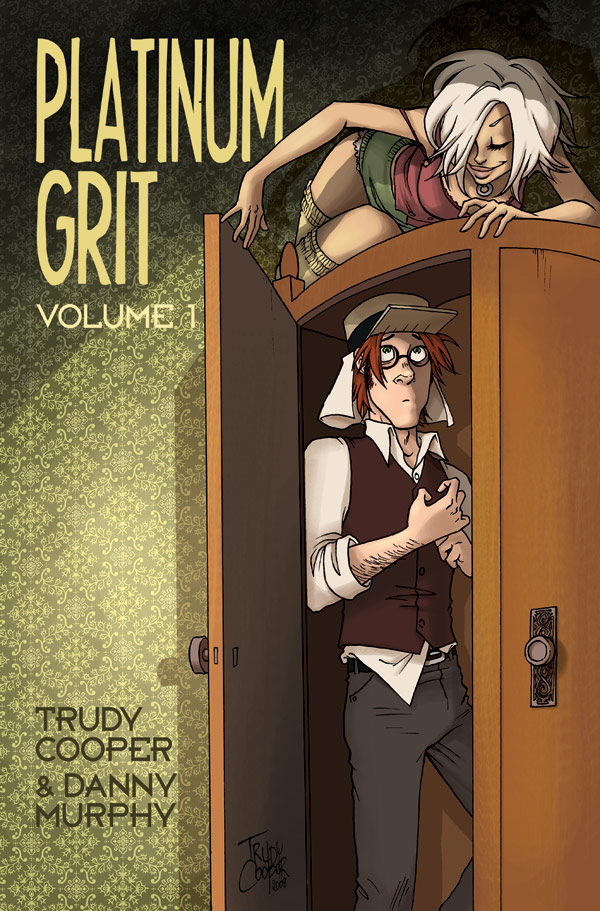 I’ve been a fan of Trudy Cooper and Danny Murphy’s Platinum Grit web comic for a couple of year now, and when I saw Image Comics is collecting the series in a print volume, it’s something I had to put on my pull list.

“PLATINUM GRIT being published by Shadowline is a dream come true for me,” Shadowline Editor Kristen Simon said. “I’ve been a fan of the web comic for many years now and was thrilled when we were able to bring it over to Shadowlineâ€™s website as well.Â  Publisher Jim Valentino enjoyed it so much he agreed we needed to print the collections! Fellow fans of PLATINUM GRIT are going to be very happy with this edition.”

PLATINUM GRIT VOL. 1 collects the first five chapters of the hit web comics series, in which the fearless Nils and the timid-but-still-surprisingly-together Jeremy take on the Zodiac (they win), Jer’s insane Scottish relatives (they sort of win) a 1940s private dick (they draw when poor light stops play) and two sets of alien matchmakers (they… almost).

I’m curious if Trudy and Danny are continuing the adventures of Nils and company, as the web site hasn’t been updated in some time.Â  If this is the start of more Platinum Grit, I’m all for it.