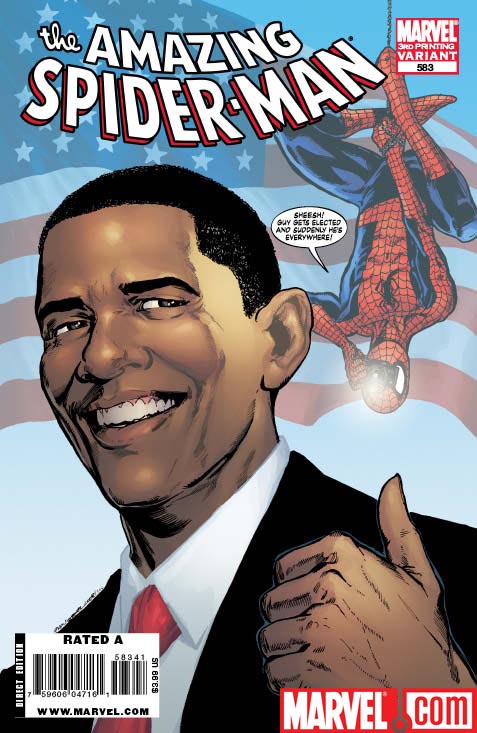 Apparently so many people are demanding the Barack Obama variant for Amazing Spider-Man #583, that it is going back to press for a fourth time, according to Marvel.Â  If retailers want their stores filled with happy firs-time customers, they need to have their orders in by Monday, January 26, 2009.

The fourth printing will arrive in stores February 4, 2009.