Final Crisis #6 Back to Press

Amazing Spider-Man wasn’t the only sold out title this week.Â  DC Comics has announced Final Crisis #6 will go back to press for a second printing.

FINAL CRISIS #6 Second Printing (NOV088149) features a pencils-only version of Doug Mahnkeâ€™s art from the final page of this issue. The new printing is scheduled to arrive in stores on January 28, the same day as FINAL CRISIS #7.

Please note that this issue has a special Final Order Cutoff date of Sunday, January 18.

Oh, and if you haven’t read Final Crisis #6 yet, you probably don’t want to take the jump and see the variant cover. 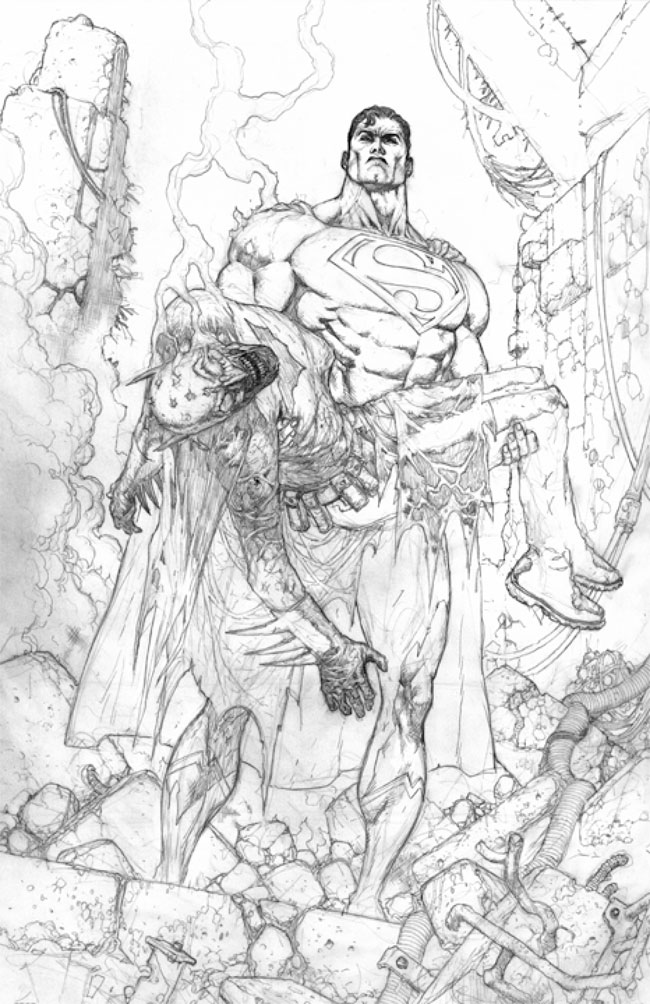