Trade Up to Fantastic Four #1 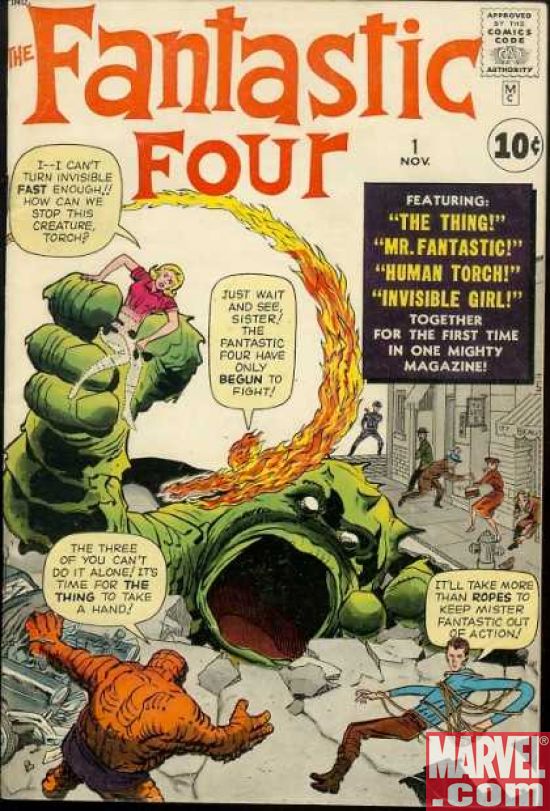 Remember that guy that traded a paperclip all the way up to a house?Â  Marvel looks like it is doing something similar with its Take My Trade campaign to benifit the HERO Initiative.

Marvel Comics Executive Editor Tom Brevoort, one of the comic industryâ€™s most prolific personalities, is proud to present TAKE MY TRADE, a groundbreaking quest to trade up to a copy of Fantastic Four #1! Pioneered by Brevoortâ€™s critically-acclaimed Blah Blah Blog at Marvel.Com, this event allows fans to trade their comics with Brevoort so he can find a comic worthy of being traded for an original FF #1, which will then be donated to charity via The HERO Initiative. All comics remaining at the end of this event, which continues throughout 2009, will be auctioned by The HERO Initiative to aid in the welfare of less fortunate comic book creators. Plus, every participant in this event received a Certificate of Meaninglessness, personally signed by Brevoort himself! 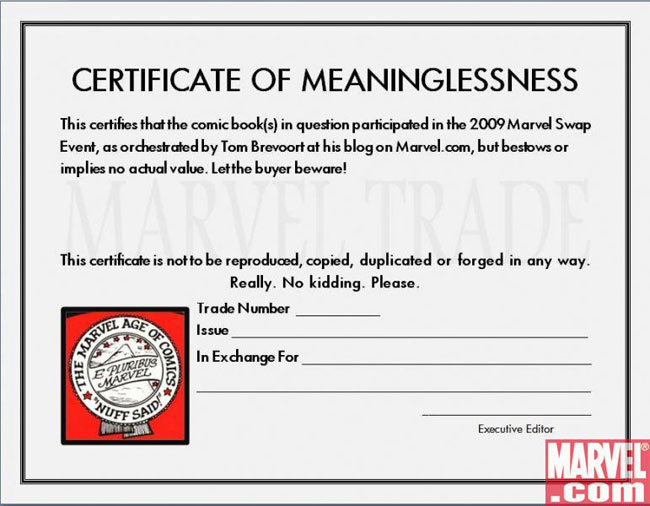 â€œItâ€™s going great so far. Iâ€™ve already traded away every one of the initial five books I used to start the trading, and have a small stack of cool swag to show for it. But Iâ€™m still a long way from an FF #1. And thatâ€™s where you come in.â€ explained Brevoort. “When this whole experiment is finished, succeed or fail, the books that remain in the stack will be donated to the HERO Initiative, to be auctioned off to benefit comics creators in need. So not only will you be having some fun and getting some neat books, youâ€™ll also be contributing to a good cause! So swing on by, take a look at whatâ€™s presently in the stack, and offer me a swap. It wonâ€™t be a party without you!â€

Well, what are you waiting for True Believer? Click over to Marvel.Com and keep up with Tom Brevoortâ€™s Take My Trade, as comic fans from all over the world come together to procure one of comicsâ€™ true treasuresâ€”Fantastic Four #1â€”for a charitable cause!

Sounds like a pretty cool deal, and I’m all behind this campaign. I wonder what I could get for my copy of Chip & Dale: Rescue Rangers #12?