Wizard of Oz Sells Out, Back to Press of Course

Marvel has announced its interpretation of Frank Baum’s The Wonderful Wizard of Oz # has sold out at the distributor level (although there may be copies available at your comic shop), prompting the company to go back to press with a second printing – complete with a variant cover.

The variant cover for this issue, isn’t something from the inside of the book, but rather a new cover by artist Skottie Young. 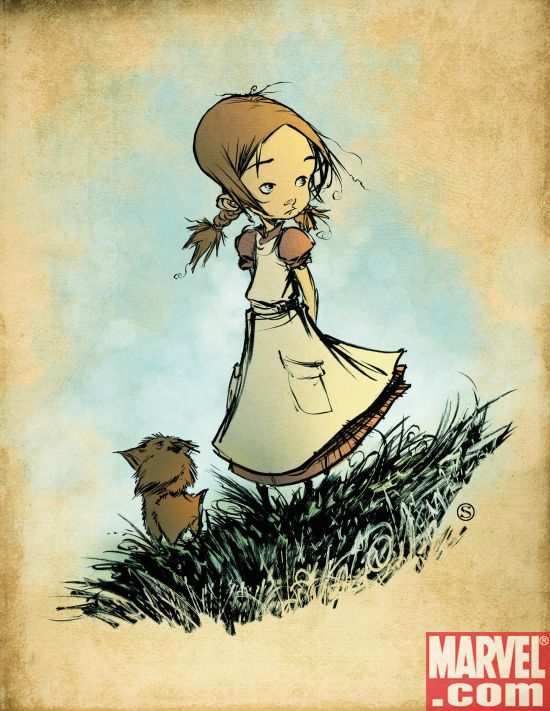