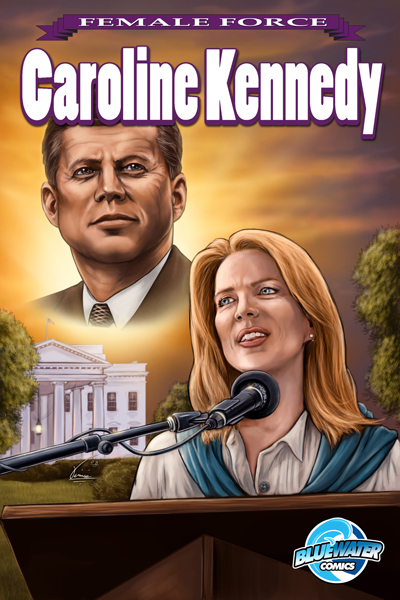 Bluewater Productions has announced Caroline Kennedy will be the next featured influential woman in the company’s Female Force comic series.

Bluewater chose Kennedy as its next comic book subject before the news broke of her interest in New York politics. â€œShe was on the short list before all the hype about the Senate seat. She is an amazing person who has done a lot for education,â€ said publisher Darren G. Davis.

â€œI hope readers enjoy my rendition of one of the most influential families in political history,â€ said artist Vinnie Tartamella.