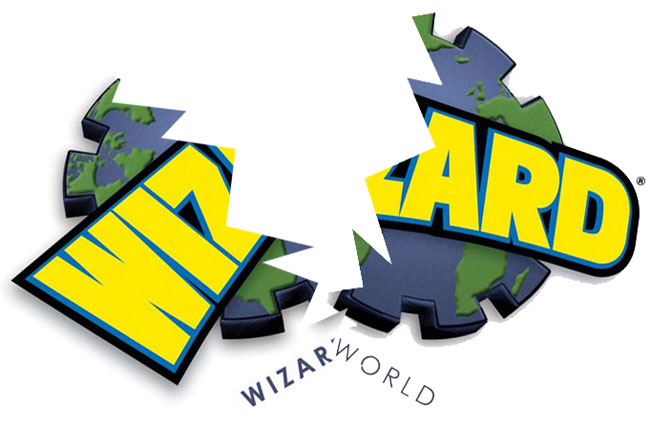 Newsarama has broken the story that both Wizard World LA and Wizard World Texas have cancelled their upcoming shows.

WizardWorld LA was scheduled for March 13-15 at the Los Angeles Convention Center; and Dallas for November 6-8. Newsarama confirmed the information about the L.A. show early Friday afernoon when a spokesperson for the L.A. Convention Center said that they that had been notified via voicemail on Friday morning that Wizard was canceling its show. Other sources have confirmed for Newsarama that the Texas show has been cancelled as well.

This is both something expected and a bit of a shock.Â  Wizard World LA is just a couple months away, and already had a line up of guests scheduled to appear.Â  Both shows were already preselling tickets, and presumably vendors have already placed and paid for booth space.Â  Considering the Wizard World shows haven’t had big showings outside of Chicago and possibly Philadelphia, and the recent “restructuring” the company has undergone in the last year, shutting down some its less attended shows in a time of economic crisis makes sense.

Some may remember the outcry that occured when Wizard World Atlanta tried to take over the weekend usually reserved for Heroes Con in Charlotte, NC.Â  Wizard quickly resolved the issue after a massive write in campaign, but I have to wonder if that blunder wasn’t the beginning of the end for Wizard World.

The Wizard World website still has the shows listed on its site, and is still claiming Stan Lee is the guest of honor at the LA event, so let’s see how this story develops.

For tickets and more information about Wizard World Philadelphia and Chicago, be sure to visit www.wizardworld.com.

What say you, Major Spoilers Legion, is this a big deal or not?