Larry Gordon to World, “I’m not the villain” 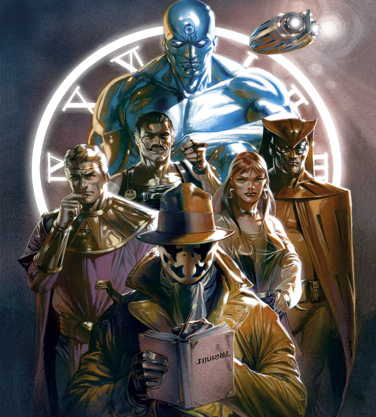 The crux of 20th Century Fox’s suit against Warner Bros. to halt the release of Watchmen is that producer Larry Gordon failed in his turnaround agreement with Fox that allowed the company to distribute the film if Gordon was able to sell the concept to another studio.

This has lead to many citing Gordon as the one who is the big villain in this movie fiasco.Â  Finally frustrated with all the criticism, Gordon fired off a lengthy letter Federal Judge Gary Frees stating his position in an attempt to clean up his reputation.

Gordon had remained silent since then but fired back Wednesday, stating in a letter filed by his litigation lawyers that he has been subjected to “significant public scorn” for his role in the studio battle and arguing his case that he answered deposition questions “to the best of his knowledge.”

Because it wasn’t filed properly, Judge Frees is refusing to read the letter, which makes any argument Gordon makes moot.Â  The fate of Watchmen could be decided as early as Monday, but we probably won’t have a final answer until January 20, 2009.

UPDATE:Â  You can read the entire letter (minus attachments) here.