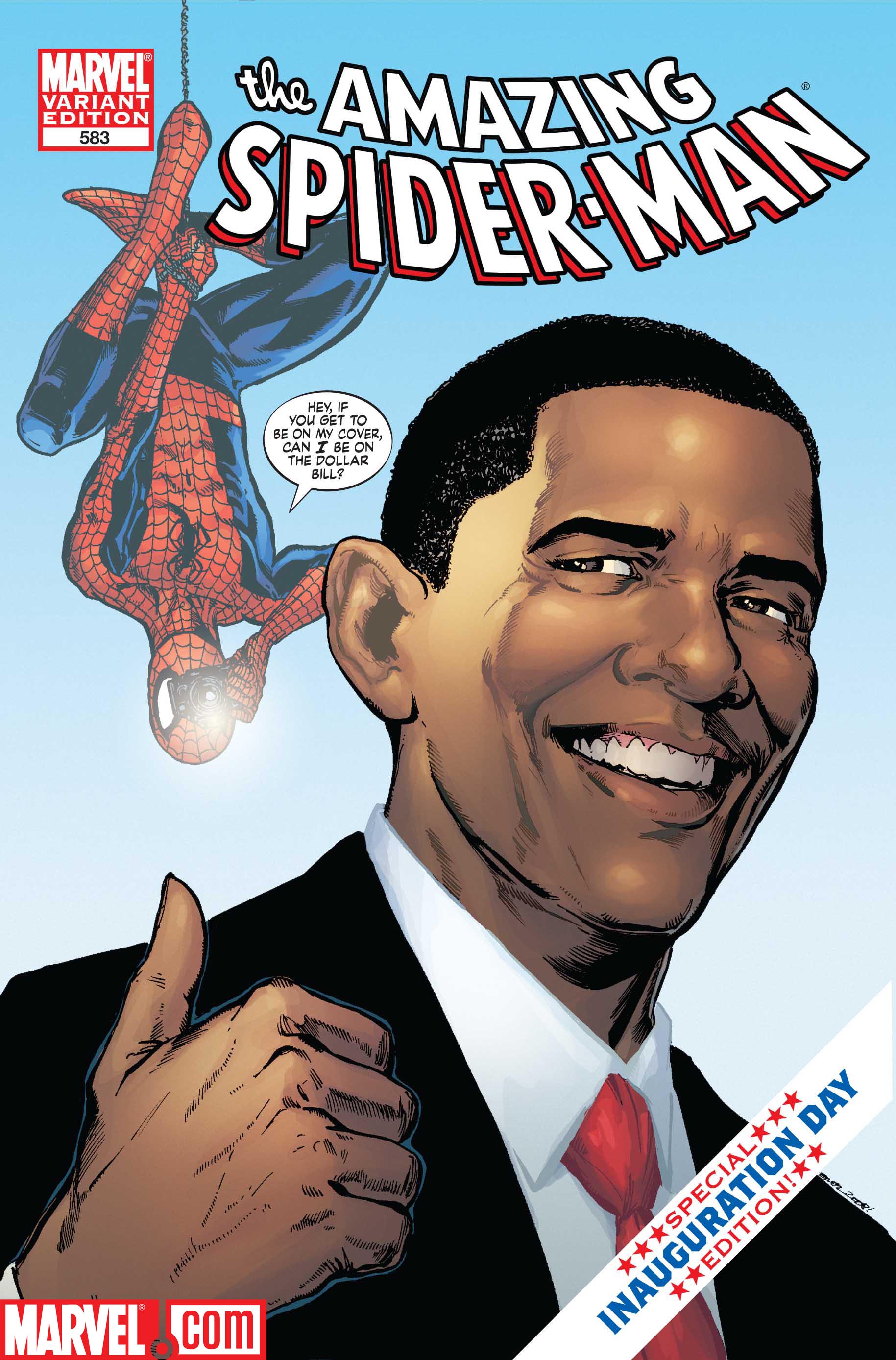 When Marvel’s Amazing Spider-Man #583 arrives next week, it will feature a special story featuring Spider-Man fighting those who would prevent President-Elect Obama from being sworn in.Â  No, I’m not talking about Rumsfeld and Cheney, but real Spider-Man foes like the Chameleon.

â€œWhen we heard that President-Elect Obama is a collector of Spider-Man comics, we knew that these two historic figures had to meet in our comicsâ€™ Marvel Universe,â€ says Marvelâ€™s Editor-in-Chief Joe Quesada.Â  â€œHistoric moments such as this one can be reflected in our comics because the Marvel Universe is set in the real world.Â  A Spider-Man fan moving into the Oval Office is an event that must be commemorated in the pages of Amazing Spider-Man.â€

Take the jump from what is sure to be one of the best lines from the issue.

Oh Joe Biden, are you going to be the butt of all jokes for the next four years?