What can be learned from the back cover of the upcoming Wonder Woman animated movie DVD? 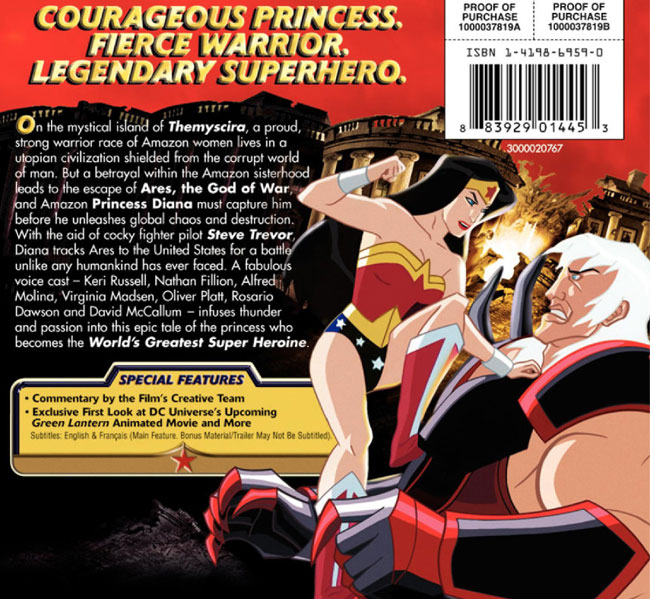 a) Wonder Woman has a nice butt

d) The next animated DVD from Warner Home Video will be Green Lantern.