By Stephen Schleicher on January 6, 2009 3 Comments 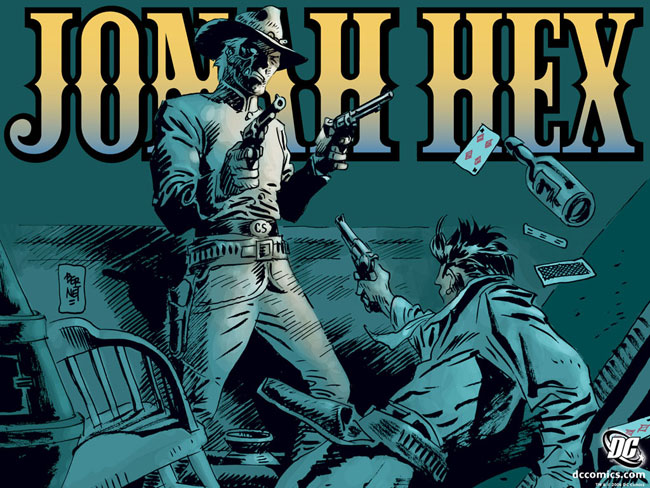 Jimmy Hayward, the director behind the animated Horton Hears a Who feature, has been selected to direct DC Comics’ Jonah Hex movie. This follows the exit of scriptwriters Mark Neveldine and Brian Taylor, who were previously scheduled to co-direct the film.

The character of Hex, known for having the right side of his face disfigured and wearing a Confederate army uniform, was a rough-and-tumble gunslinger and part-time bounty hunter whose adventures always ended in blood. One incarnation of his comic book series saw the Western genre combined with supernatural elements, and it’s this aspect that was featured in Neveldine and Taylor’s script. The studio will likely keep the script, though it’s expected that Hayward will put his stamp on it.

Let’s hope “putting his stamp on it” does not equate to suckage.Â  Previous directors up for the job included McG and Andy Fickman.Â  The film is entering fast track production, and with Josh Brolin still attached to star, the film is expected to go before the lens in March or April of this year.

This will be Hayward’s first go at a live action movie.