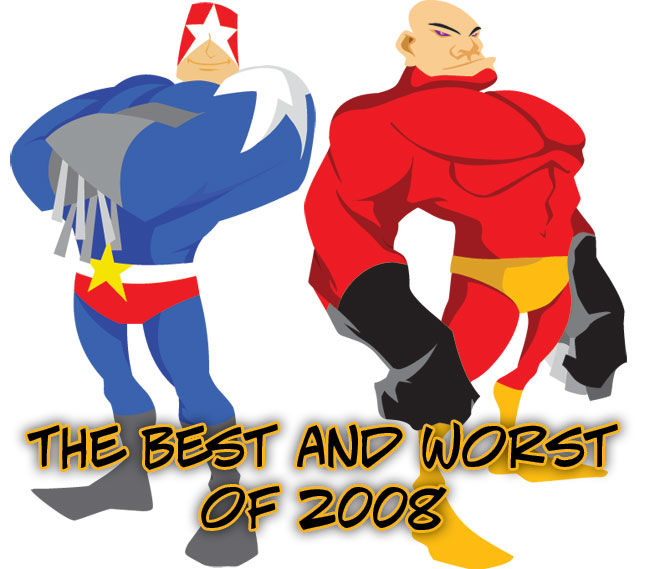 Next week, on the Major Spoilers Podcast, the crew is breaking down the best and worst comic book and pop culture moments of 2008. Does the Dark Knight make the cut?Â  Which list will Dan DiDio land on?Â  What about Secret Invasion and Final Crisis?Â  What other moments struck the show’s hosts as they look back on what happened over the past 12 months?

As you know, the Major Spoilers Podcast is nothing without feedback from great readers and listeners like you.Â  You can use the comment section below, drop us a voice mail by calling (785) 727-1939, or record your comments and send it as an MP3 file in an email to podcast@majorspoilers.com.

I’d really like to have a lot of audio comments to play during the show, so give us a shout and you may end up on the show!