Farscape #1 Back to Press 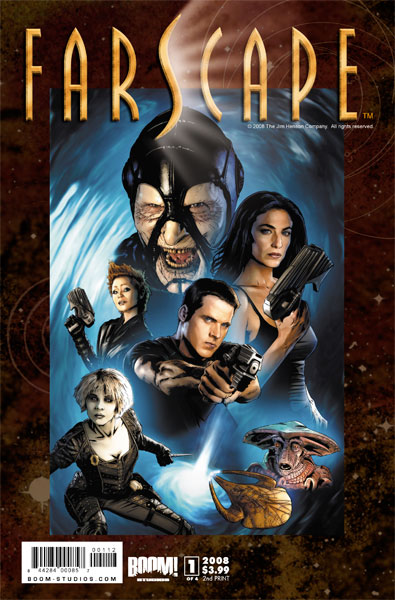 LOS ANGELES – January 5th, 2008 – BOOM! Studios announced today that after selling out in five days, FARSCAPE #1 will be receiving a second printing. The second print will have a slightly altered cover to distinguish itself from the first printing.

Diamond Comics Distributors will make the second printing of FARSCAPE #1 available on January 14th, at that time the second printing’s code will open for orders, and a Diamond Daily article will also run that day alerting retailers to its availability.

“All of us involved with the Farscape comic books are ecstatic that the fans have embraced the project in such an overwhelming way,” said BOOM!’s Managing Editor Matt Gagnon. ” I couldn’t be happier with the team we have in place.Â  We’re having a blast continuing the Farscape mythos, and we hope it shows.”