Check out this promotional image for the upcoming Battle for the Cowl storyline, that features a number of people in the Batsuit. 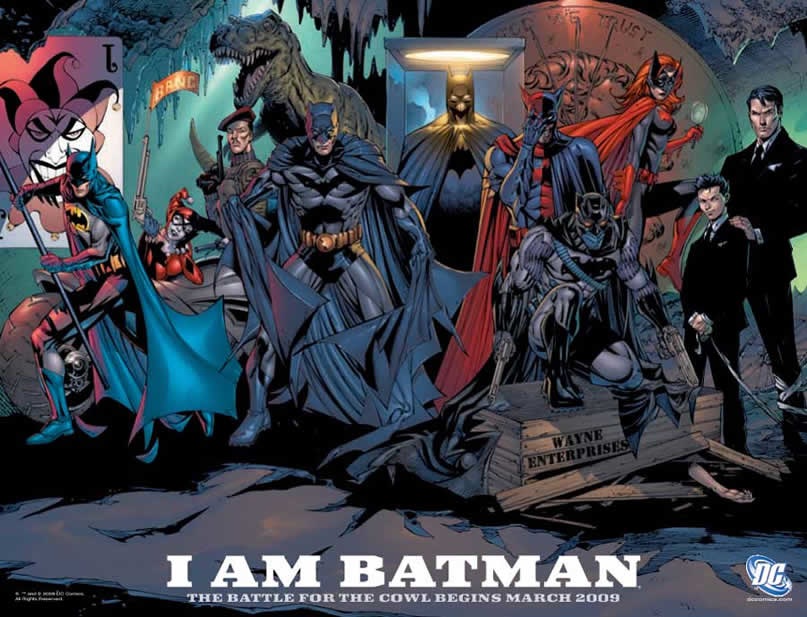