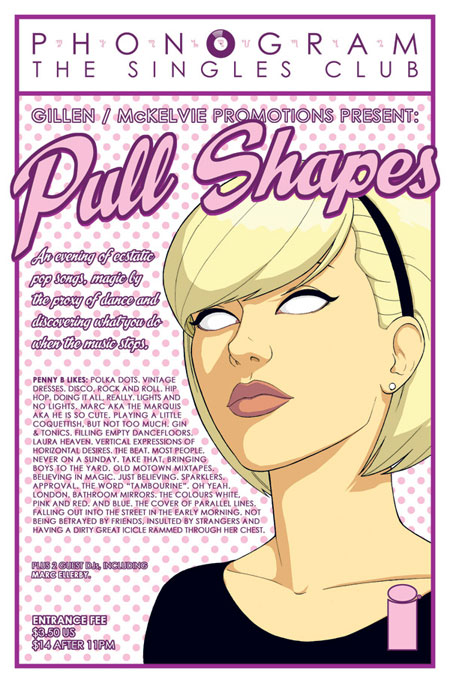 Barely a week after release, artist Jamie McKelive and writer Kieron Gillen’s music-fueled PHONOGRAM 2: THE SINGLES CLUB #1 has sold out at a distribution-level with a second printing on the way.

“Clearly, we’re overjoyed,” Gillen said. “When you do a book as personal and warped as PHONOGRAM, you’re always slightly worried that no-one else will care. To have it come out, review phenomenally and actually sell out in a week… well, short of Kenickie reforming or Jamie getting a magical eraser which turns Bristol board into gold, it’s about as good as it gets. We’d go on a tour across the world to shake the hand of everyone who rushed out to buy the comic, but we’ve got a comic series to finish. Hopefully something as sappy as ‘Thank you’ will do instead.”

PHONOGRAM 2: THE SINGLES CLUB #1’s success follows the first series’ multiple sell-outs and phenomenal critical reception. However, Gillen and McKelvie took a very different approach from PHONOGRAM VOL. 1: RUE BRITTANIA by not only telling a self-contained story in each issue, but also choosing to have the series in color for the very first time. Additionally, they’re joined each and every issue with back up stories featuring special guests like LOVE THE WAY YOU LOVE’s Marc Ellerby and THE WITCHING’s Leigh Gallagher.