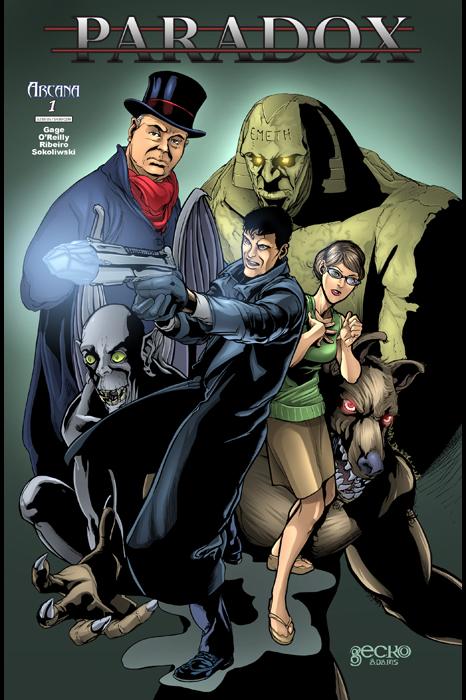 Arcana Studios has announced a deal with Legacy Filmworks where five of the comic company’s titles will be made into films.Â  First out of the gate will be Paradox, starring Kevin Sorbo, and directed by Brenton Spencer.

Sorbo plays a homicide cop on a parallel Earth ruled by magic who investigates a series of murders committed by a previously unseen means: the power of science. Christos Gage and Ruth Fletcher Gage wrote the screenplay based on Arcana’s three-issue limited series written by Christos Gage, who has worked for Marvel and DC Comics.

Other titles on the film list include Chopper by Martin Shapiro, which should start shooting next week, Sundown, a western vampire flick scheduled for April or May, and three more which will be announced later.

Arcana is currently producing an animated web series for Spide TV, called Red Lotus.Â  I’m really impressed with all the minor comic book companies that are scoring film deals left and right. I’m half tempted to start my own comic book company just to create IPs for the film industry.