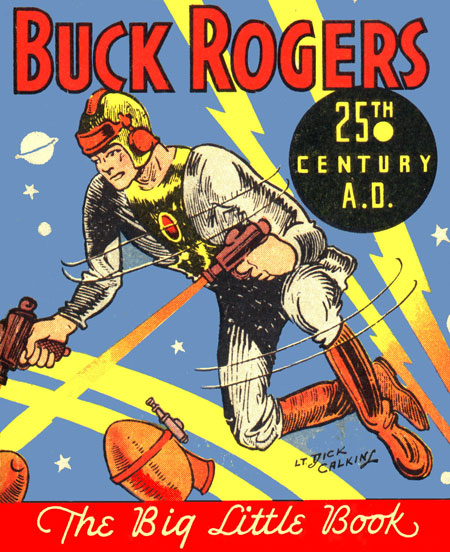 I haven’t read too many glowing reviews of Frank Miller’s The Spirit, so I’m a little concerned that Miller’s next project might be a film adaptation of Buck Rogers.

Miller will write and direct his own big-screen take on the comic serial; while the creator has only begun to sketch ideas, it’s expected to be a darker take, with many of Miller’s signature visual elements and themes, such as corruption and redemption.

A darker take, huh?Â  Doesn’t sound like a real stretch for the guy who might make Buck Rogers a priority over Sin City 2.

Nu Image/Millennium curretnly owns the rights to Buck Rogers, which it obtained from the Dille Estate earlier this year.Â  It is expected Millennium will get screen credit, but will not be involved in the day-to-day production of the feature.Â  I think the Sin City look will be played out after Sin City hits, so I’m thinking Buck Rogers might be better served by taking on a Sky Captain vibe.