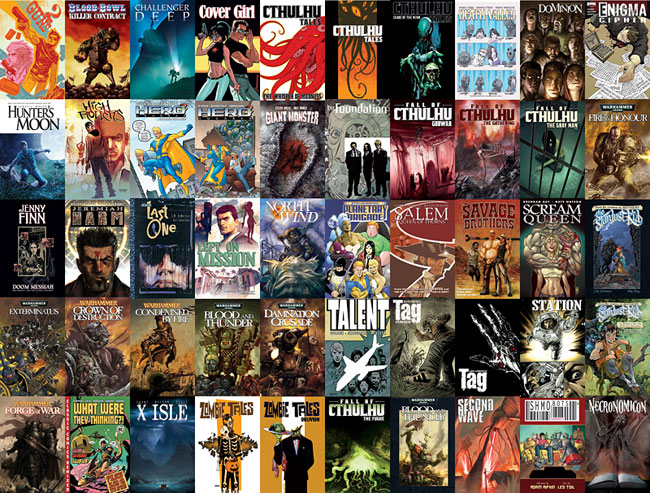 “Tony brings a personal touch that you just don’t see anymore in the comic book industry. As the former buyer for Meltdown Comics, one of the largest stores on the West Coast, I loved working with Tony because he was an important advocate for new material and getting those products into the retail channel,” said BOOM! Studios Managing Editor Matt Gagnon.Â  “BOOM! wants to give comic book retailers as many ways to buy our books as possible. Partnering up with Tony is all about giving retailers a choice.”

One of the few people to make a career of selling directly on behalf of publishers to comic shops and other select businesses, Tony has managed to survive for nearly 16 years on commissions alone. He works with publishers as large as NBM Publishing & Drawn and Quarterly, and for distributors Last Gasp and Haven. He’s also helped small grassroots publishers such as Spark Plug grow and Tony works with lesser-known grassroots publishers. While he takes satisfaction from receiving store orders, Tony’s greatest love is exposing newer, younger talents to the retail environment and watching that talent grow, publish, flourish and sell more books.

In 2007 BOOM!’s signed a mass-market book distribution deal with Perseus Distribution, the largest independent book distributor to the mass market nationally and internationally allowing retailers the ability to buy direct through Perseus or through wholesalers like Baker and Taylor.