The first installment of the X-Infernus mini-series sold out at the distributor level (copies may still be available at your local comic shop), prompting Marvel to offer up a second printing of the first issue with a variant cover by Giuseppe Camuncoli.

Take the jump for the rundown and a look at that eye-popping, and potential spoilery cover.

X-INFERNUS #1 (of 4) SECOND PRINTING VARIANT (OCT088195)
Written by C.B. CEBULSKI
Penciled by GIUSEPPE CAMUNCOLI
Cover by DAVID FINCH
When fans last saw the Darkchylde, she had claimed the throne of Limbo as her own.Â  Now, she wants her soul back and nothing will stand in her way, not demons, not the X-Men, not even Colossus!Â  Sheâ€™s ready to raise hell and her rampage will lead her straight to Earth.Â  And once the flames have settled, the X-Men will never be the same again! 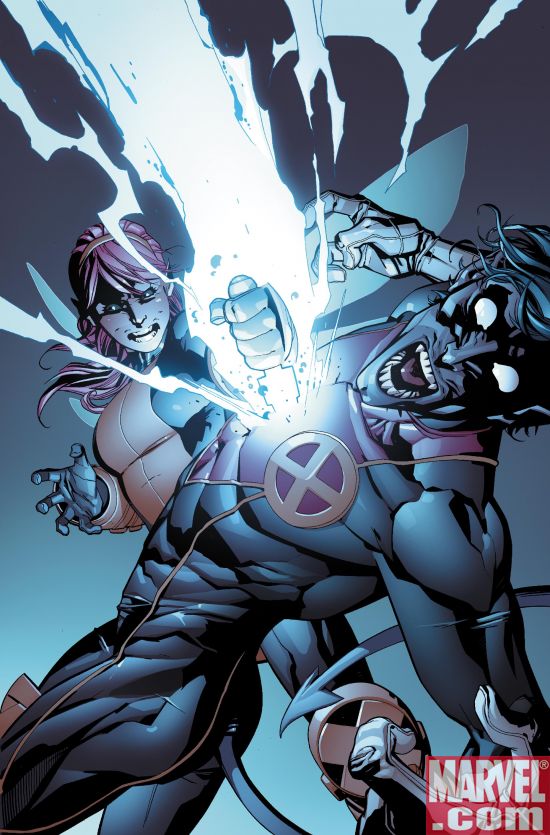