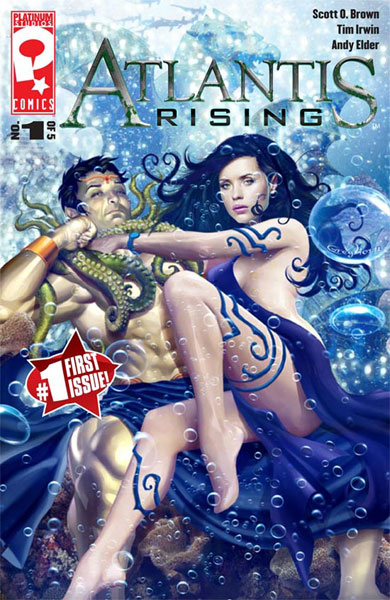 Dreamworks has announced it is making an adaptation of Platinum Studios Atlantis Rising, and currently has Len Wiseman attached to direct the sci-fi action flick.Â  The film will be produced by Alex Kurtzman and Roberto Orci, and Platinum Studios CEO Scott Mitchell Rosenberg.

In “Atlantis,” an underworld civilization is discovered after seismic rumbles announce its presence. Hostilities with Earth’s land-dwellers ensue.

“In all the classic versions of this kind of movie, the threat is always from the stars,” Orci said. “The idea that it’s somehow our cousins who went off in a different path of evolution who have been here, literally, underneath our oceans. … That’s fascinating, the idea of secrets right under your nose.”