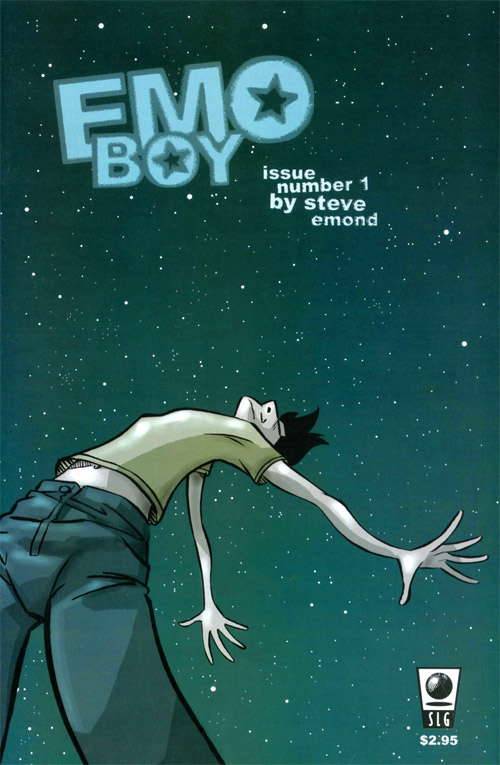 The comic book series Emo Boy is headed to the big screen via John H. Williams Vanguard Films.Â  The movie will be written by the series writer-artist, Stephen Edmond and is being directed by Kyle Newman, of the upcoming Fanboys film.

Emo is a fashion and music style as well as emotional description of someone who is overly sensitive or angst-ridden. Published by Slave Labor Graphics, the satirical comic followed the travails of the most self-dramatizing young man in the history of the world, whose emotions were so intense he even had “emo powers.”

If you need further proof that comic-cons are the place to be, Emo Boy was discovered by Vanguard at CCI: San-Diego.Â  I’ve not read the book, but the producer wants to make the film a combo of Napoleon Dynamite, Harold and Maude and Zoolander.