By Stephen Schleicher on December 2, 2008 3 Comments

Marvel is really behind the digital distribution of comics, and has announced the second wave of Marvel Digital Comics Unlimited titles that are coming exclusively to subscribers of the service.Â  The new collection begins December 10, with new issues being released throughout the month of December.

Astonishing Tales: Wolverine/Punisher
Written by: C.B. Cebulski
Art by: Kenneth Rocafort
Debuts: Wednesday, December 10Fan-fave C.B. Cebulski (X-INFERNUS) and the up and coming Kenneth Rocafort (MADAME MIRAGE) get gritty with a no-holds-barred Wolverine/Punisher tale you have to see to believe! Wolverine and Punisher go head-to-head on the streets of Madripoor, but can they stop fighting each other long enough to take down a certain green-haired femme fatale for good?! 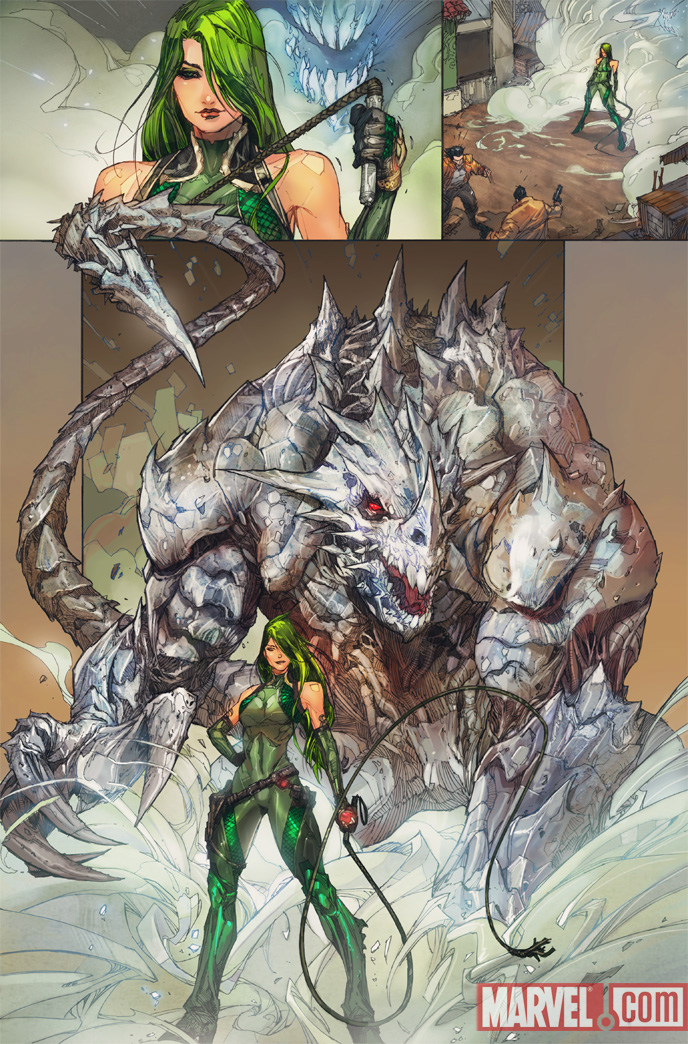 Holiday Special Issue
Written by: Jim McCann, Brian Reed, Ben Morse and Ryan Penagos Art by: Todd Nauck, Val Semeiks, Stephanie Buscema and Juan Doe
Debuts: Wednesday, December 17
Ho ho ho! Itâ€™s holiday fun in the Merry Marvel Manner, as the House of Ideas hangs the stockings by the chimney with care in hopes that Galactus wonâ€™t soon be there. The X-Men celebrate their first holiday in their new home of San Franciscoâ€”and their first without Kitty Pryde among them in X-MEN: Blue Christmas by Jim McCann and Todd Nauck. Meanwhile, in the days before Secret Invasion, one family finds even the most humble of holiday celebrations can be infiltrated by the Skrulls in a tale of holiday horror by Ryan Penagos and Juan Doe. And hey, whatâ€™re the holidays like for Jack Russellâ€”Werewolf by Night? Find out in â€œWEREWOLF BY EVE!â€ by Marvel.comâ€™s own Ben Morse with art by Stephanie Buscema. All of this, andâ€¦â€Santa Claus vs. The Illuminati?!â€ â€˜Tis the season, and Brian Reed and Val Semeiks will bring it to ya! So stop on by for some eggnog, dreidel spinning and probably a fist fight or two with your favorite Marvel heroes and villains in the Marvel Digital Comics Holiday Special!

Astonishing Tales: Iron Man 2020
Written by: Daniel Merlin Goodbrey
Art by: Lou Kang
Debuts: Wednesday, December 24
In a not so distant tomorrow, Arno Stark, the Iron Man of the year 2020, prepares to launch the new heliliner, the Spirit of Free Enterpriseâ€¦But Commodore Q wants to stop it. Who is heâ€¦And what are the Endless Stolen Skies? 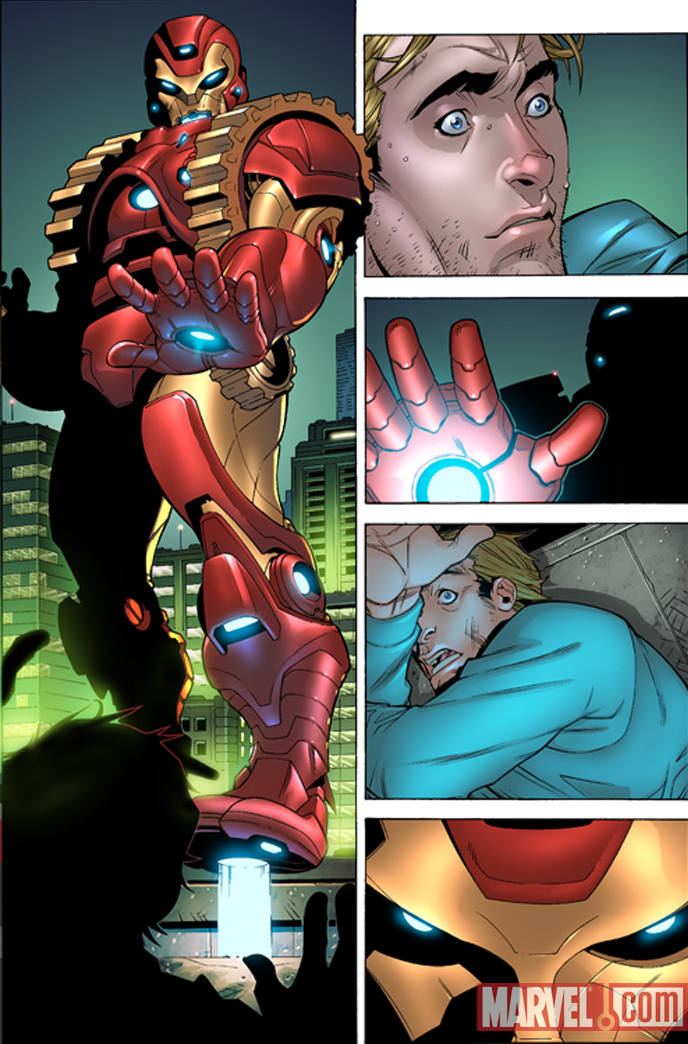 Astonishing Tales: Mojoworld
Written by: Jonathan Hickman
Art by: Nick Pitarra and Jonathon Hickman
Debuts: Wednesday, December 31
Jonathan Hickman (Secret Warriors) and newcomer Nick Pitarra roll the cameras as Cannonball and Sunspot (of the New Mutants) get sucked into the wildest adventure of their short lives when they spend their summer vacation inâ€¦MOJOWORLD!

Wolverine: Agent of Atlas
Written by: Jeff Parker
Art by: Benton Jew
Debuts: Wednesday, December 31 (Issue #1: FREE for all!)
The jungles of Cuba, 1958: revolutionary forces work their way to overthrowing the government, while even stranger forces are at large. The FBI has sent Jimmy Woo’s secret team of paranormals, the Agents of Atlas, to investigate. The crack team gets more than they bargained for when they cross paths with the mysterious operative known only as “Logan!” This three part series debuts with a FREE first issueâ€”available to subscribers and non-subscribers to Marvel Digital Comics Unlimited! 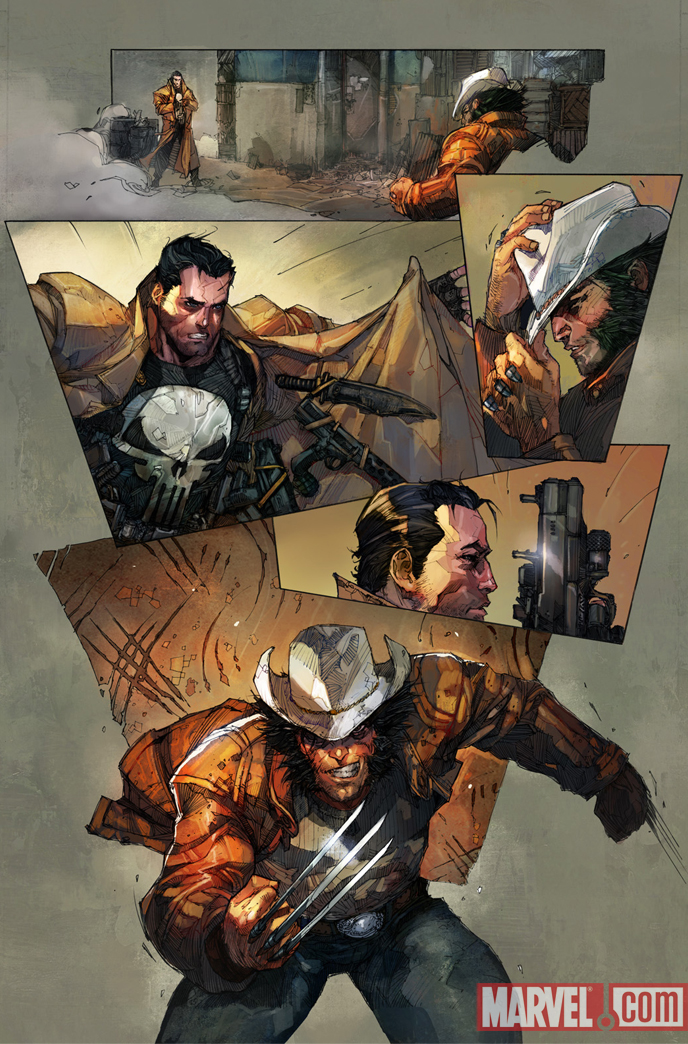