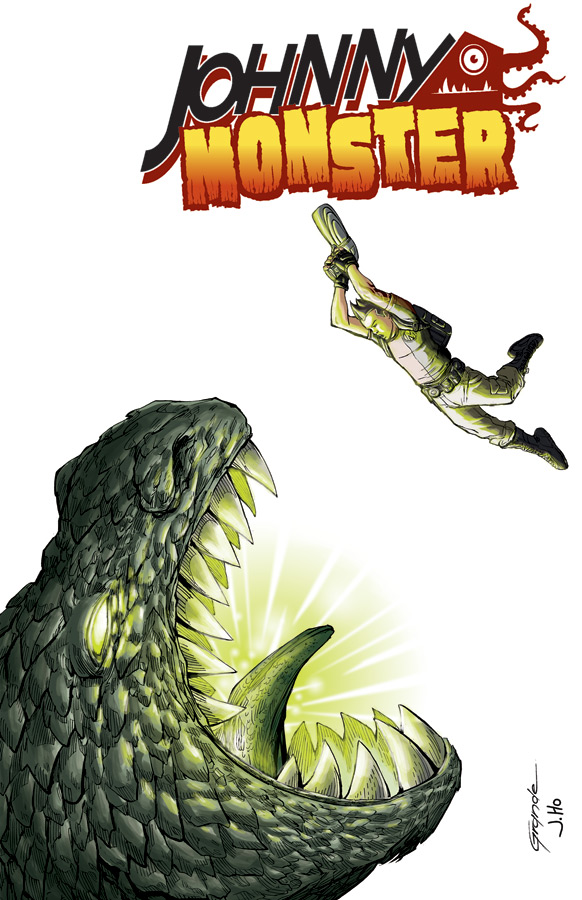 25 November 2008 (Berkeley, CA)Â  – This February, the world’s most popular monster hunter confronts the past he fought so hard to forget in Image Comics Shadowline’s JOHNNY MONSTER!

“Even the best action movie only works because it has heart and JOHNNY MONSTER has it in droves,” Shadowline Publisher Jim Valentino said. “While loaded with enough giant monster showdowns to make any fan happy, the core of the book is writer Joshua Williamson and artist J.C. Grande fleshing out what may be my new favorite character of the year! The whole Shadowline team hopes to see JOHNNY MONSTER return in the future!”

JOHNNY MONSTER made himself a household name by hunting the monsters who stalk the Earth. However, nobody knows he was raised by the same monsters he’s been after. Unfortunately for Johnny, no secret stays quiet forever. However, he won’t be alone as Image Comics’ other monster-man, FIREBREATHER, appears courtesy of creators Phil Hester and Andy Kuhn! The entire three-issue mini-series mixes pulp adventure with the best monster movies cinema has to offer to create a compelling and very different monster mashup!