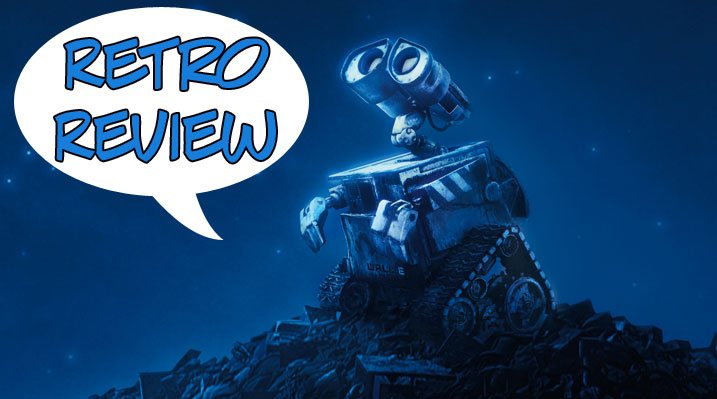 With the messed up mailing schedule, I won’t get this week’s comics until Saturday, and since I’ve already reviewed everything I received in last week’s shipment, I have to review something in order to keep my streak going.

I don’t get to the movies much anymore, thanks to a rambunctious one-year-old, and slave like devotion to this site, so I generally have to wait for Blu-Ray or digital download (legally of course) to see a good movie.Â  I purposefully waited until Wall-E was released on Blu-Ray to watch it.Â  Tonight, the wife and I sat down (along with the one-year-old) and we watched the movie.

If this were a one word review it would go as follows:

But since you demand a little something more, how about this:

I have been a fan of the PIXAR films since the way early days of computer animation, and have seen their style evolve over time to what has to be one of the best written, directed, and animated films I have seen in a while.Â  And with that one-year old running around, i’ve seen a lot of crappy animated films.Â  This one was so good, it even kept him amused until the late hour finally wisked him away to La-La-Land, where I’m sure he is dreaming of a little robot, who’s carrying out his mission – cleaning up Earth from all the crap we’ve been polluting it with.

The film touches on so many topics from laziness, to consumerism, to environmental concerns, but at the heart of the story is the tale that is as old as time – finding someone you connect with and are able to have a relationship with.Â  For Wall-E that would be EVE, and while it takes the entire film for that connection to be made, it is quite humorous for those who have ever been to shy to ask the pretty girl out on a date.Â  For those of us that have succeeded in holding the hand of the pretty girl, the courage payoff is well worth it.

Probably even more important than the social messages presented in the movie, the other more important message is that of courage.Â  It took courage for Wall-E to do the things he did, for the captain to get off his enlarged ass to retake control of his ship, and for John Ratzenberger (a staple in all PIXAR features) and Kathy Najimy to make a physical relationship with one another even though the norm is to be virtual.

Finally, the awesome credits tell the story of what happens after the inhabitants of the Axiom return to Earth, and that gives a bit of hope in a world, that right now, seems pretty hopeless.Â  While I like all the messages in the movie, that is also the one thing I would have to give a slight ding to, as at times the environmental message became a little preachy.