Archie Comics has announced it will launch a brand new series called Sonic Universe that will tie all the various Sonic titles together into a coherent universe.

SONIC UNIVERSE #1 starts with a bang.Â  In the story â€œLiving Weapons,â€ Shadow and Metal Sonic continue their series-spanning fight and wind up in a whole new dimension!Â  As we continue to re-envision Sonicâ€™s future, fans can also look to the past by picking up SONIC ARCHIVES #10 to revisit classic Sonic stories, or read them for the very first time. It truly brings things full circle for fans!

Meanwhile, things are as chaotic as ever over in the regular monthly SONIC THE HEDGHOG series, as issue #197 finds Sonic with his hands full dealing with Scourge the Hedgehog, Sally being accused of treason, a lockdown of zones and a new threat that looms on the horizon.

The new series launches in February. 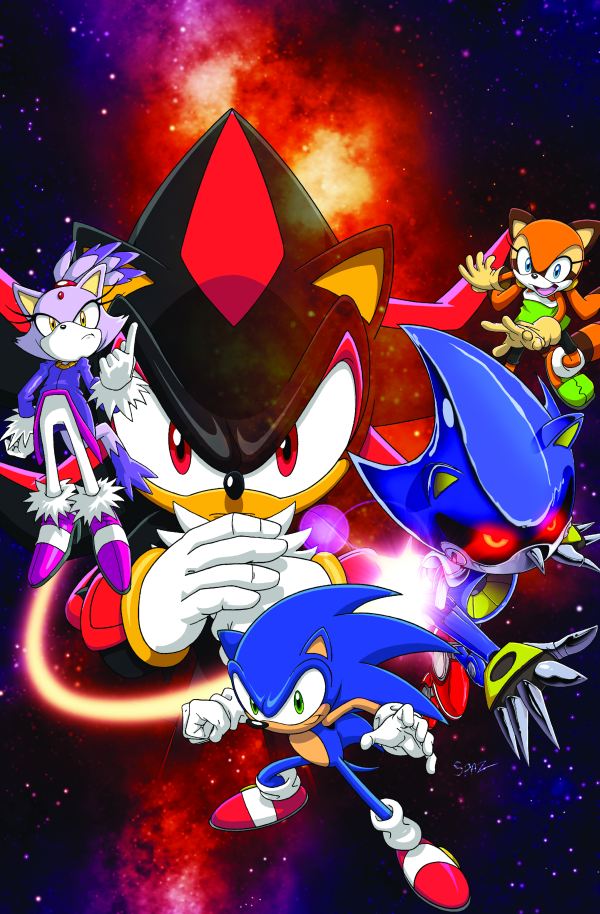