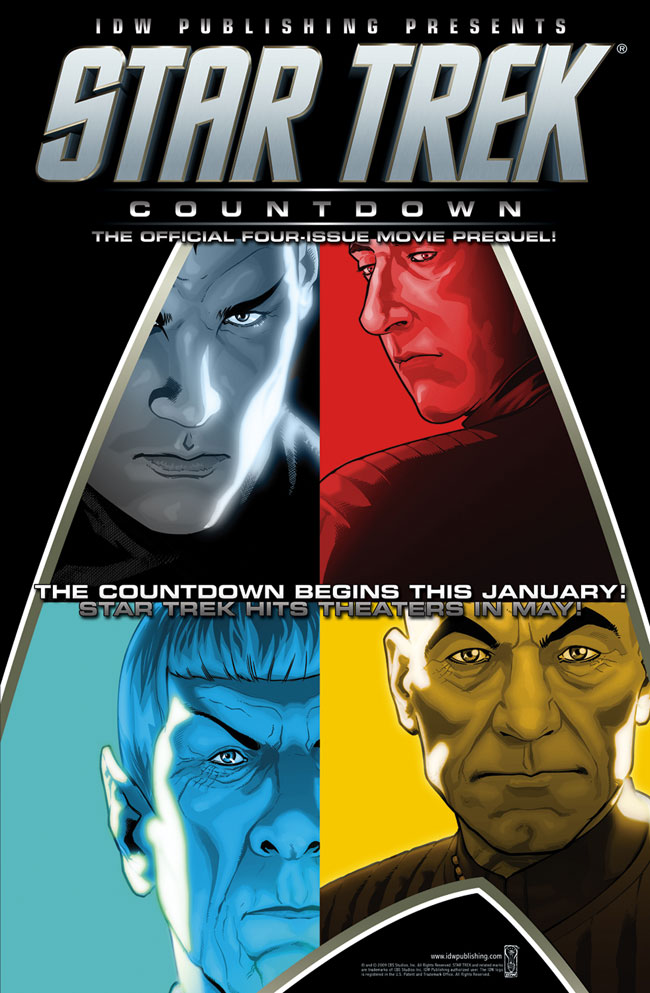 With the new Star Trek movie receiving a load of hype leading to the May 8, 2009 release, IDW is joining with Paramount Pictures to release a four issue limited series tied into the movie. The first issue, Star Trek: Countdown #1, will be written by Mike Johnson and David Messina, based on a story presented by JJ Abrams.

â€œThere was a lot of back and forth about doing this project, how to do it, what it would be about, but what all parties agreed on was that we needed the right story and that it needed to matter. It had to count both on its own merits and when read in conjunction with the new movie,â€ said series editor Andy Schmidt. â€œI couldnâ€™t be happier with the project and what it means to the overall Star Trek franchise!â€

As you might have guessed, the mini-series sets up events happening in movie. The $3.99 issue will arrive to the direct market in January 2009.