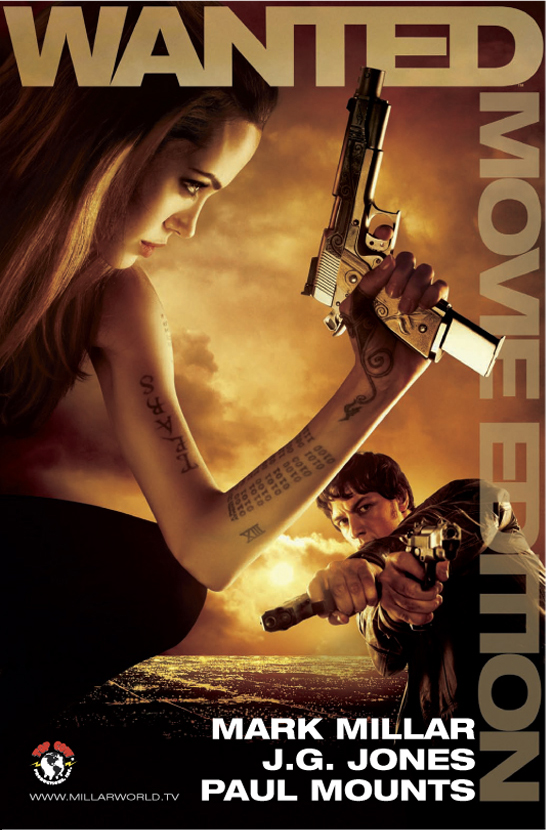 I you wandered through your LCS this week, you may have seen Angelina Jolie looking back at you.Â  That’s because Top Cow has released the Wanted Movie Edition Trade Paperback to capitalize on the upcoming DVD release.

The WANTED MOVIE EDITION not only contains the hit comic story by Mark Millar and J.G. Jones, it also features a movie photo cover (see attached), interviews with the director and cast of the film, a character dossier, deleted scenes, a making-of-the-comic featurette and more.

I think some are going to be dissappointed when they purchase the trade and find out Jolie on the cover turns into Halle Berry on the inside.Â Â  If you haven’t read Wanted, do yourself a favor and pick it up, it is a great story.Â  If you’re basing your purchase on the movie, pick up the book as it is a totally different story.