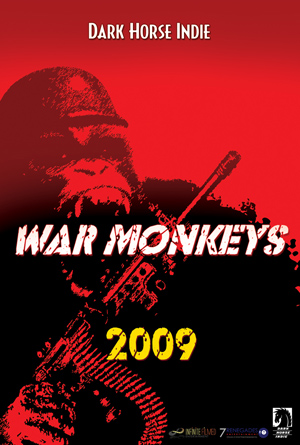 Dark Horse Films has announced its latest project will feature monkeys at war in the film War Monkeys, currently in development and possibly staring Sammo Hung.

The horror comedy follows two janitors who, during a Christmas holiday, get trapped in an underground research facility after accidentally unleashing military-trained Rhesus monkeys. Hung is one of the janitors who battles the rabid simians.

TMNT Director Kevin Munroe is in final negotiations to direct the flick.

“Monkeys, guns, explosions. As a genre freak, I couldn’t ask for anything more,” said Munroe, who became obsessed with the project after initially agreeing to read a friend’s work.

The monkeys are going to be part CGI, part real, and should blow anything we’ve seen from Planet of the Apes out of the water.Â  If monkeys are as popular as everyone says, this should be a smash hit when it hits theaters.