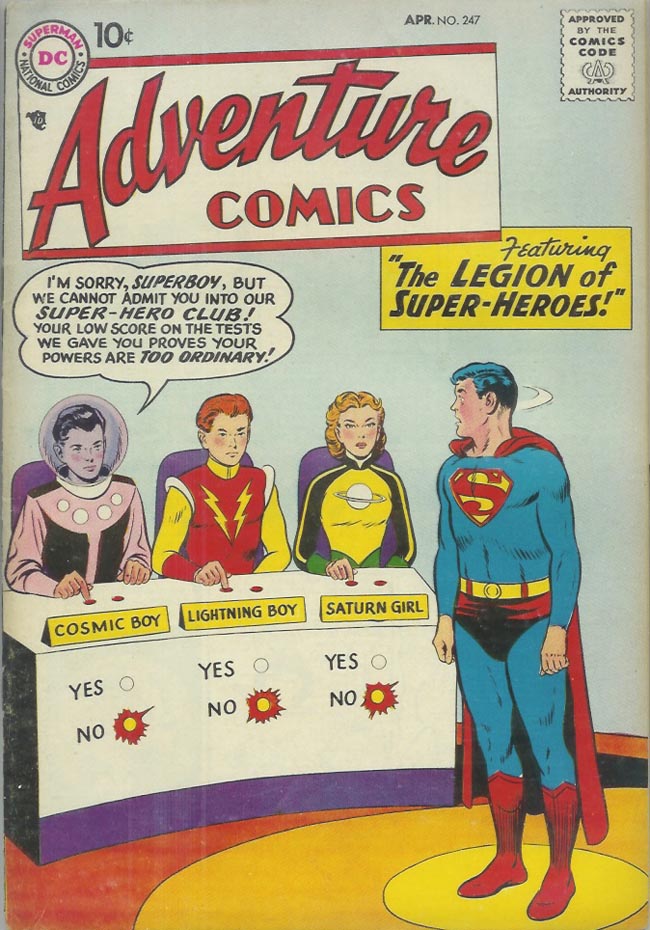 Dan DiDio spoke with the LA Times this past weekend to hype talk up the major story arcs happening in the big titles. He also revealed the company is bringing back Adventure Comics.

Simultaneous to â€œBattle for the Cowl,â€ weâ€™re going to be making changes in Supermanâ€™s world as well. Superman has been the star of “Action Comics” for its entire run, essentially, and he will be leaving it and handing it over to new characters. The only time he hasnâ€™t appeared in the book, I believe, was after â€œThe Death of Superman,â€ in those years. So this is a lot of fun for us. I think thatâ€™s going to get people excited and scratching their heads and wondering whatâ€™s going on. In his own book, “Superman,” there will be a dramatic turn as the hero leaves Earth and it seems like heâ€™s leaving for good. Weâ€™ll follow his adventures in space more so than his adventures on Earth, and thatâ€™s a big and exciting thing. Weâ€™re also bringing back one of the old-time favorite titles of DC Comics, “Adventure Comics.” It will be back with a new No. 1 and with new stars but old stars at the same time. Itâ€™ll be pretty easy to guess who will be the stars of “Adventure Comics” if you know who the title was most identified withâ€¦

Now you know where the Legion of Super-Heroes will appear following the ending of the LoSH title.Â  Heck maybe we’ll see Manhunter, Aquaman, Plastic Man, and Dial H for Hero make appearances there too.