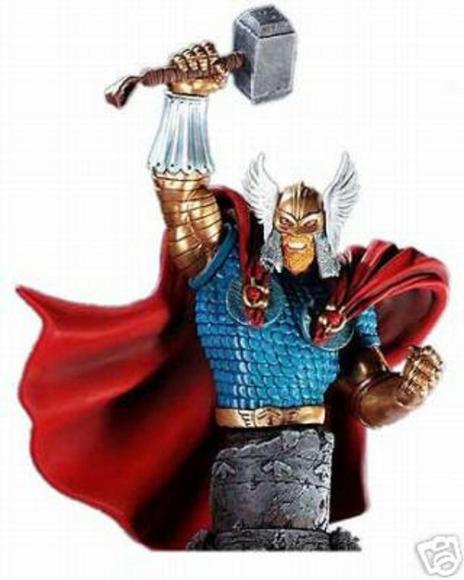 Marvel has announced Thor will get the animated treatment for television.Â  Marvel Animation will produce 26 half-hour episodes to begin airing in 2010.

The animated series will follow the Norse god of thunder, as he defends his mythical home of Asgard against fantastical villains, fiendish hordes, winged creatures and angry giants. The show will take place in various worlds — from mountainous landscapes to places of icy mists and fiery voids and will include many of the comic’s supporting cast, such as Balder the Brave, the Warriors Three and Thor’s evil adopted brother Loki.

Iron Man: Armored Adventures debuts in 2009.Â  The Avengers: Earth’s Mightiest Heroes will air in 2011, right around the same time as the Captain America and The Avengers movies hit theaters.Â  Marvel fans certainly have a lot of stuff to ingest over the next couple of years.