Top Cow has announced Greg Horn is lending his artistic talent to the upcoming Jingle Belle: Santa Claus vs. Frankenstein one-shot written by fan favorite Paul Dini.Â  If you are used to seeing Stephanie Gladden’s traditional interpretation of Belle, get ready for a bit of a head twist with Horn.

Paul Diniâ€™s JINBLE BELLE comes to Top Cow in a special â€œHalloween collides with Christmasâ€ one-shot written by Dini and drawn by Stephanie Gladden (POWERPUFF GIRLS, CHOWDER, HOPSTERâ€™S TRACKS). In years past, Santa has triumphed over a variety of enemies, including the Devil himself. Now, St. Nick gets ready to face his greatest challenge ever in JINGLE BELLE: SANTA CLAUS VS. FRANKENSTEIN!

Inspired by Mary Shelleyâ€™s original novel (sort of), the story of Frankensteinâ€™s monster takes a new twist when he is found by Jingle in the Arctic wastes and â€œrehabilitatedâ€ to fit in with the elves at Santaâ€™s Workshop. All goes well until an ultra-PC city declares Santa Claus taboo and awakens Frankieâ€™s monstrous side in a misguided attempt to help his friend. Itâ€™s up to an ailing Santa and a reluctant Jingle Belle to stop their monstrous â€œapprenticeâ€ before he destroys the town and ruins the reputation of Christmas forever! 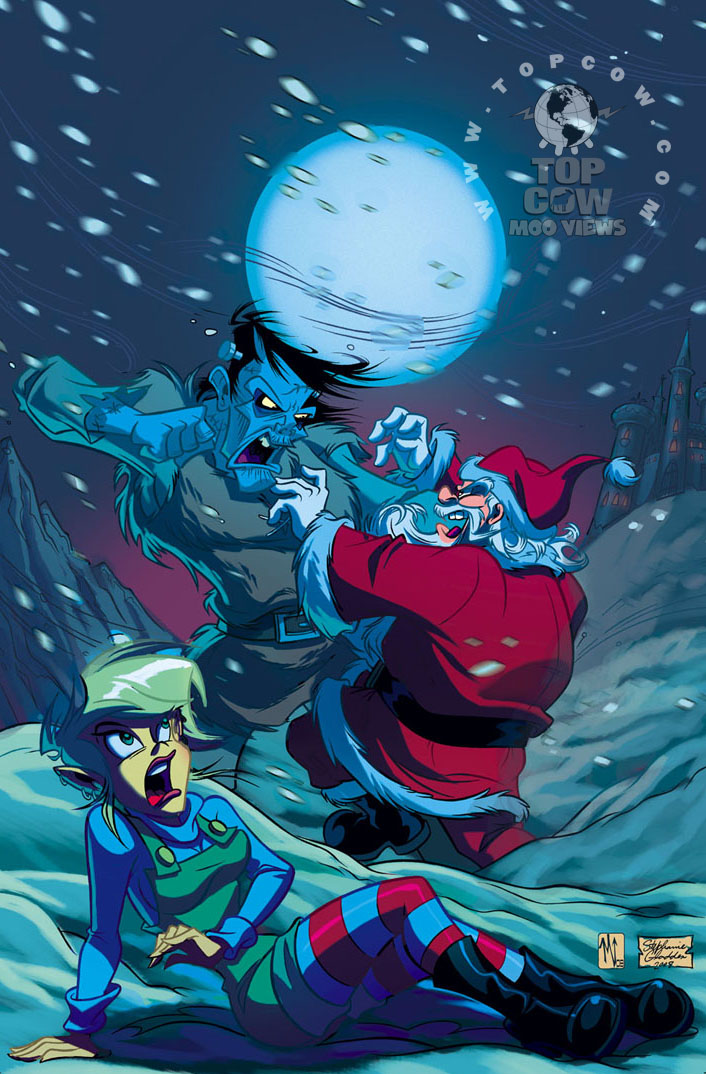 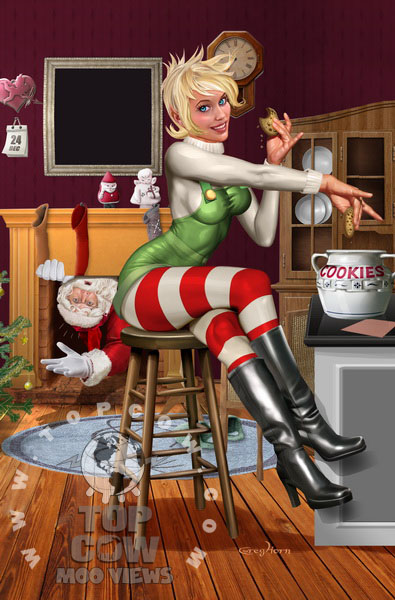