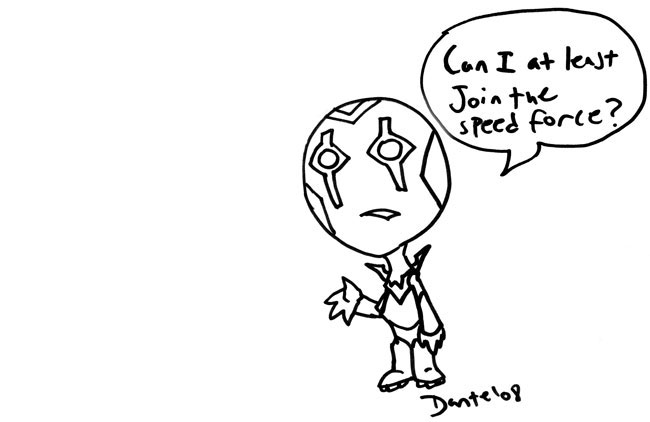 As I’ve been preaching for the last several months, Blue Beetle has walked the line to cancellation, and now it’s confirmed in an interview with Dan DiDio.

One of the books that Iâ€™m most disappointed about in that regard is a book like Blue Beetle, which we are cancelling. Thatâ€™s a book that we started with very high expectations, but it lost its audience along the way. Recently, we felt that it was standing on firmer ground, and was getting a more positive response. The problem is that the firmer ground and positive response is not enough to keep the book afloat. So unfortunately, we had to cancel that series.

Bummer.Â  I really like this series for a number of reasons.Â  It’s a positive character for minorities, it has a great Buffy-centric vibe to it, and Matthew Sturges was just starting to make his current run pop with the introduction of the new Doctor Polaris.

This is a fantastic book, but as DiDio said, postivie response alone is not going to save the many titles DC is canning.Â  You could try a letter writing campaign, ala Manhunter, but at this point, I think everyone’s minds are made up.Â  One good piece of news is the character is not being killed, so we will probably see him appear in other titles, or anthology series.