The Dreamer #1 Arrives this Week from IDW Publishing 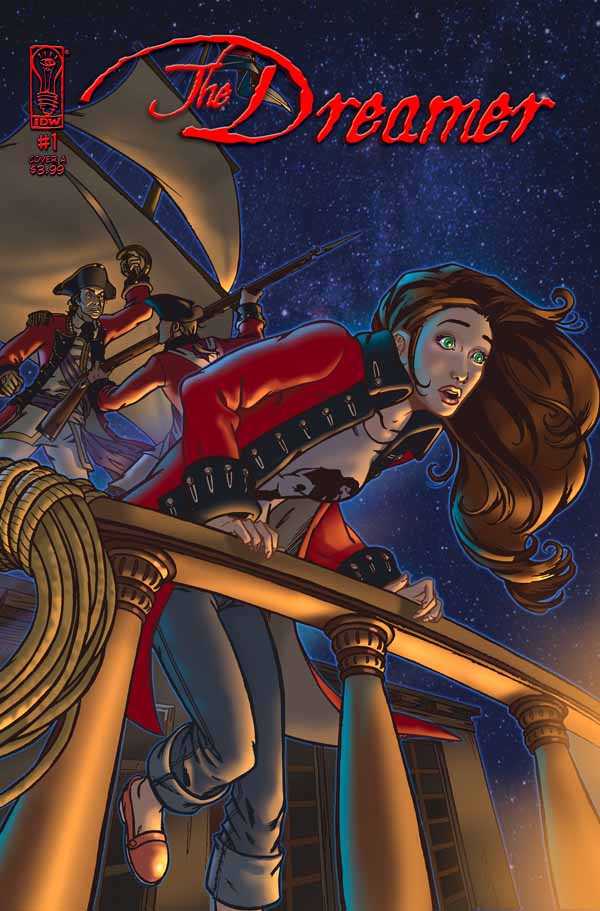 IDW Publishing has announced a six-issue mini-series called The Dreamer, that follows the adventures of young Beatrice Whaley in 18th century.

The Dreamer is equal parts 18th-century adventure and 21st-century teenage slice-of-life tale. It is the story of 17-year-old Beatrice Whaley, a wealthy high school senior who lives in Boston and aspires to a career on Broadway. But her plans for her future are rudely interrupted by the past when she awakes from a vivid and unforgettable dream about a soldier in a redcoat. As the dreams continue, always starting where the last one ended, she attempts to keep the two worlds separate until they begin to overlap. She has no choice but to become involved and finds herself fighting for her life next to Knowltonâ€™s Rangers in the largest battle of 1776. The Dreamer tells a story of the American Revolution with acclaimed historical accuracy through the eyes of Knowltonâ€™s Rangers, a group of ordinary men turned citizen soldiers–farmers, school teachers and young boys–and reminds us that the fate of America was anything but certain.

Some of you may be familiar with this series in its original form as a webcomic, where it quickly climbed to the top of the Top 50 Webcomic list in 2007.Â  Unlike The Dreamland Chronicles, which was available as both a trade and single issues, The Dreamer is only available in single issue form for now.Â  The first issue arrives in stores this week.