Quesada to Colbert, “Ooops, our bad” 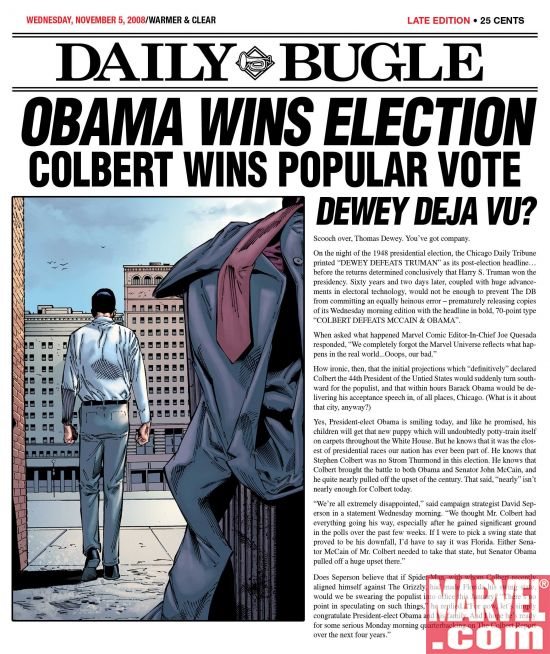 New York City, November 5, 2008â€” The Daily Bugle is reporting that, despite winning the popular vote, Stephen Colbert did not win the United States Presidency in the Marvel Universe, with Democratic nominee Barack Obama triumphing.

When questioned by the media regarding the confusion, Marvel Comics EiC Joe Quesada said, â€œWe completely forgot the Marvel Universe reflects what happens in the real world…Ooops, our bad.â€

More on this story as it develops.