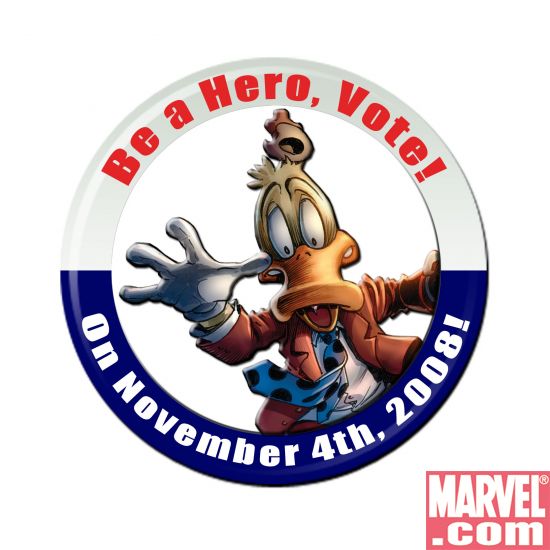 It seems a little sureal having Howard the Duck reminding you to vote, but considering this is one of the most important things you can do as a citizen of the United States, I’m gonna go with the flow.

For those of you in other countries, do your comic book heroes remind you to vote too?