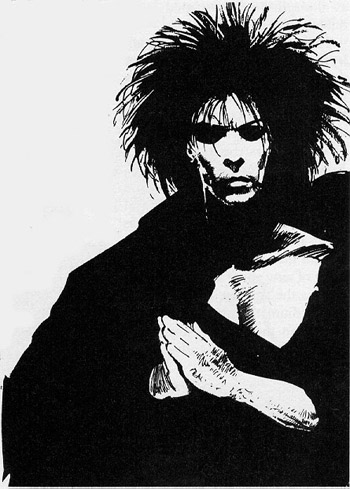 The Comic Book Legal Defense Fund has announced voice actor Tom Wayland and others will read exceprts from Neil Gaiman’s The Sandman during a fundraiser to benifit the organization.

Hosted by the CBLDF and Vertigo, the dramatic reading will be will be held at the Helen Mills Theater in New York City on Saturday, November 8 at 7:30 pm.Â  Tickets are available for a $50 donation to the CBLDF.Â  Only 100 tickets are available to this special reading event.

About the stories being performed:
Three Septembers & A January, originally published in THE SANDMAN #31 / Trade #6
The story of Joshua Abraham Norton the first, last and only Emperor of the United States of AmericaÂ  that incorporates an explanation for his strange career centering on a challenge between Morpheus and Despair.

The Golden Boy, originally published in THE SANDMAN #51-56 / Trade #8
A revival of a 1970s DC character named Prez,Â  it’s the story ofÂ  the US’s first teenage presidentÂ  that considers how we view our leadersâ€”while they’re in officeÂ  . . . and once they’re gone.

I’ve only recently read the series thanks to the awsome absolute editions from DC/Vertigo, and love the series.Â  Attending an event like this sounds like a load of fun.Â  If you plan on going, you can reserve your ticket here.