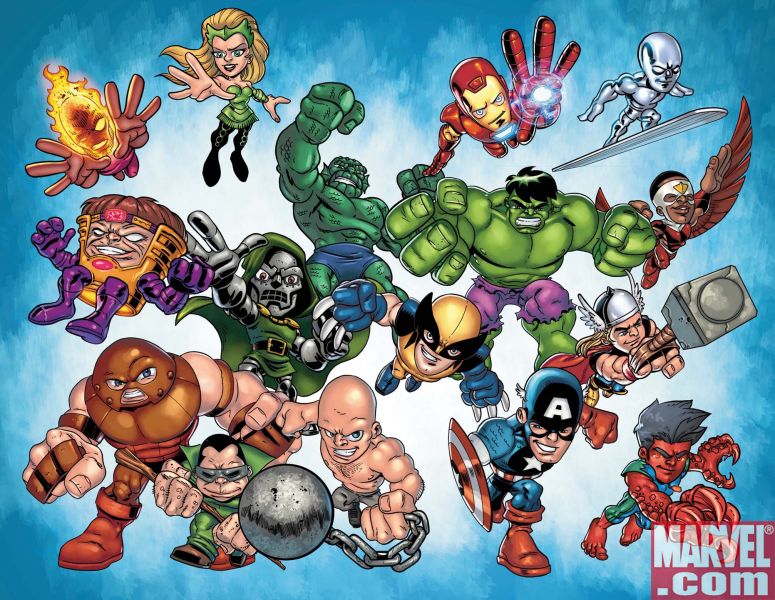 Many of youÂ  guessed those cute cuddly Marvel heroes were indeed based on the Hasbro action figure line aimed at the young’uns.Â  Today, Marvel announces the Super Hero Squad: Hero Up! One-shot.

Written by fan favorite scribe Paul Tobin (Marvel Adventures: Super Heroes) and featuring art by the canâ€™t-miss team of Marcelo DiChiara & Chris Sotomayor, this extra-sized one-shot features all your favorite Marvel characters. Experience the Marvel Universe like never before, as the heroes & villains of Super Hero City clash in epic confrontations! Take a stroll down to the Xavier Institute, past the FFâ€™s Baxter Buildingâ€¦but donâ€™t stray too far, because dastardly Doctor Doomâ€™s domain is the next block overâ€¦! Plus, learn more about your favorite heroes with bios and more!

In addition to shipping with two covers (previously seen), there’s also a full poster featuring both covers joined together.