Muppet Noir, Not the Rainbow Connection 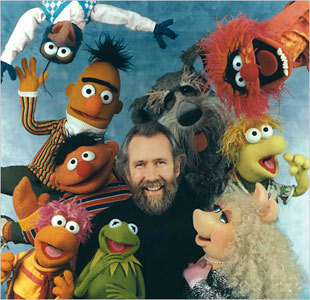 The Henson Company has picked up the rights to move ahead with a movie based on the Happytime Murders novel.Â  The best part is the movie is not going to be targeted toward the young set, but will be an adult themed movie.

Written by Todd Berger from a story by Dee Austin Robertson and Berger, the story takes place in a world where humans and puppets co-exist, with the puppets viewed as second-class citizens. When the puppet cast of an ’80s children’s TV show called “The Happytime Gang” begins to get murdered one by one, a disgraced LAPD detective-turned-private eye puppet — with a drinking problem, no less — takes on the case.

I saw this story when I was putting the Major Spoilers Podcast to bed, and the only thing I can think of is HOW FREAKIN’ AWESOME IS THIS GOING TO BE?Â  If the Happytime Murders is anything like Who Framed Roger Rabbit (the Disney movie or the original book take your pick), then this movie will rock.Â  But it has to be handled delicately.Â  The Henson Co. needs to treat this like they did The Dark Crystal – aim it directly at adults, do not put any recognizable muppets in any advertising (although seeing Kermit in a cameo would be cool), and go for a hard PG-13 rating.